Glencraig was produced throughout the 1960s and ‘70s at Glenburgie on Speyside as a blending malt on a pair of Lomond stills.

While independent bottlings of Glencraig occasionally appear, it was never intended as a single malt in its brief life. It was distilled by Hiram Walker at the Glenburgie distillery to provide a different style of malt for the firm’s blends, such as its top-selling Ballantine’s Finest.

The difference came from using Lomond stills which incorporated various perforated plates and an adjustable lyne arm to vary the reflux. It was named Glencraig after Hiram Walker’s production director, Willie Craig.

A 1975 bottling by Gordon & MacPhail was described as ‘sweet and fruity… with a spicy edge and orange peel aromas’. 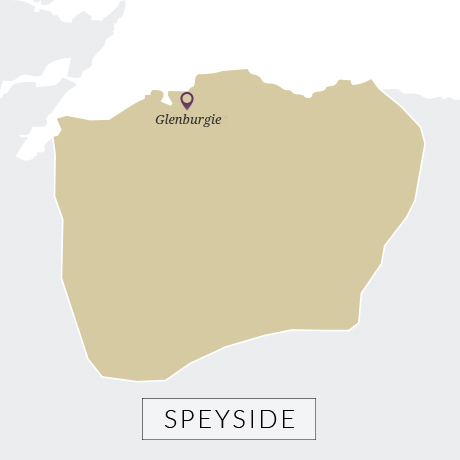 In 1955 Alastair Cunningham and his Hiram Walker colleague, draftsman Arthur Warren, developed the Lomond still to produce a light, fruity spirit for the likes of Ballantine’s.

After a successful trial at Inverleven, the malt whisky distillery within the firm’s Dumbarton distillery complex in Dumbarton, it was decided to install a Lomond wash and spirit still at Glenburgie in Moray in 1958.

Christened Glencraig, its newmake spirit was distinct from Glenburgie’s, and gave Hiram Walker another malt for its blends without having to invest in a whole new distillery.

Unfortunately the so-called rectifying plates in the neck of Lomond stills were notoriously hard to clean, and in 1981 they were abandoned at Glenburgie. Since then occasional bottles of Glencraig single malt have been released by Duncan Taylor, Gordon & MacPhail, Signatory and the Scotch Malt Whisky Society.