In its current form, Tobermory Distillers Ltd has operated Mull’s only distillery since 1979, though its owners have changed multiple times over the years.

Today the company is a non-trading arm of Burn Stewart Distillers. Tobermory distillery produces both the Tobermory and Ledaig single malts, the latter of which is heavily peated. 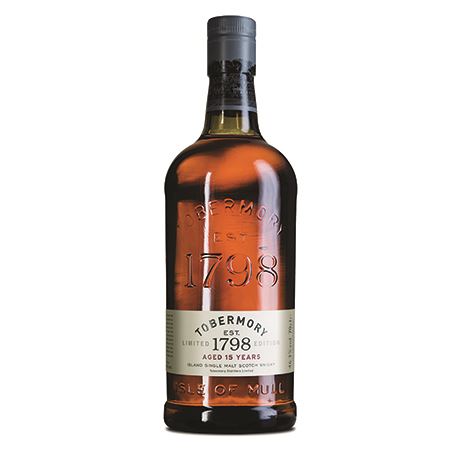 Mull’s only distillery has a patchy history beset with closures and name changes as it was passed around from owner to owner. Founded in 1798 by local kelp merchant John Sinclair, the distillery was one of the first to take out a distilling licence in 1823.

It was closed for 40 years from 1837 and eventually landed in the lap of the DCL, which had acquired the distillery’s owner, John Hopkins & Co., in 1916. But the distillery fell silent again soon after, and remained that way for another four decades.

In 1972 a Liverpool shipping company, along with Pedro Domecq and ‘Panamanian interests’ formed Ledaig Distillery (Tobermory) Ltd, and reopened the distillery as Ledaig. Despite the best of intentions, the group filed for bankruptcy just three years later and the site closed once more.

Eventually, in 1979, Tobermory Distillers Ltd. was established by Kirkleavington Property Co. to acquire the distillery, which it renamed Tobermory. Sadly its efforts to restablish Tobermory distillery failed, and the site closed yet again only three years later, its buildings transformed into holiday lets and cheese storage facilities.