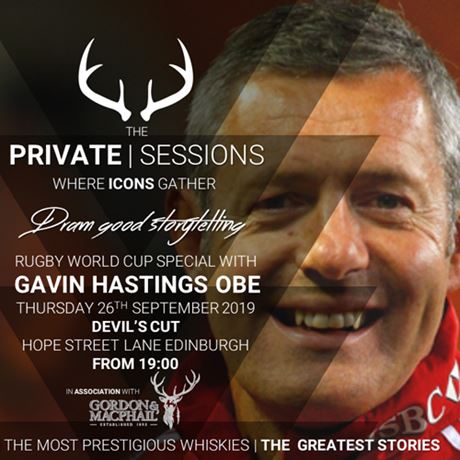 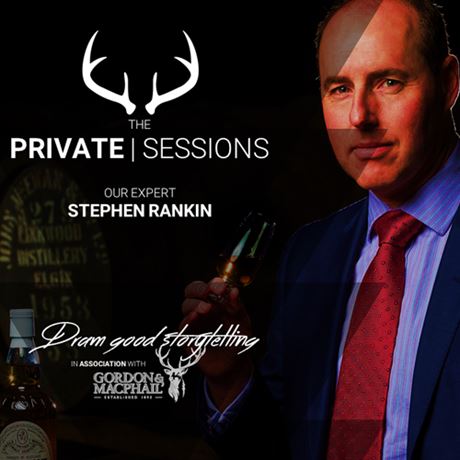 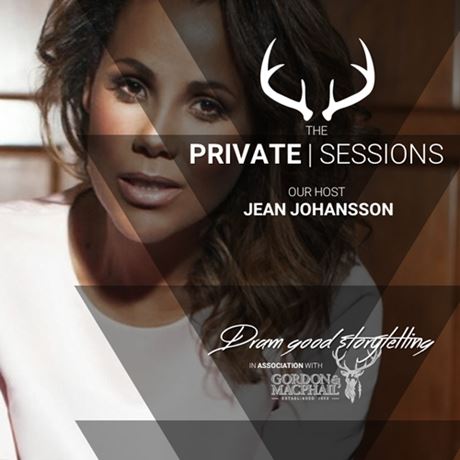 You will get to know Gavin as never before through the magic of single malt Scotch whisky, as six of the finest, rarest and most prestigious drams in existence lead the conversation through Gavin's life and career, with tales of the 1990 grand slam, captaining the British & Irish Lions and his three World Cup experiences, including the infamous 1991 semi-final versus England and the historic 1995 tournament in Nelson Mandela's South Africa.

You will also get his take on Scotland’s relationship with glorious failure, his insight into how Gregor Townsend’s Scotland changes that narrative and, of course, his own whisky journey, including his love for a dram and his never-before-shared tales of whisky-fuelled shenanigans as told to the renowned Stephen Rankin, director of prestige and fourth-generation member of the iconic Gordon & MacPhail family.

Six of the most exceptional drams, some of them no longer available, have been specially selected by Stephen Rankin from Gordon & MacPhail's collections for their significance to the defining moments of Gavin's life and career, pairing several thousands of pounds worth of whisky to these events and achievements as well as a selection of exquisite bespoke canapes and gourmet bar snacks.

Hosted by TV's Jean Johansson presenter of Channel 4's A Place In The Sun, BBC's Animal Park, reporter on BBC's One Show and contestant on Celebrity Masterchef 2018.

Included in this VIP as Standard event (26 tickets available):
Champagne reception from 7pm (2 glasses per person).
Pre- and post-conversation entertainment.
Six of the finest, rarest and most prestigious drams in existence, worth almost the ticket price on their own.
Exquisite bespoke canapes and gourmet bar snacks.
Gavin Hastings OBE in conversation with Stephen Rankin, director of prestige and fourth generation member of the Gordon & MacPhail family.
Opportunity to participate in Q&A.
Post conversation complimentary bar ('til 11pm).

The VVIP Experience (six tickets available) includes all of the above plus:
Private VVIP reception with Gavin, Stephen and Jean from 6.30pm
Photograph with Gavin, Stephen and Jean.
A bottle of specially selected prestige single malt whisky worth hundreds of pounds from Gordon & MacPhail's collection, signed by Gavin (can be signed by Stephen and Jean).
Front row seating.
Guaranteed first opportunity to ask a question in the Q&A.
Opportunity for ongoing personal whisky concierge service provided by Stephen Rankin.

The Private Sessions, in association with Gordon & MacPhail:

A unique evening of story telling blended with the finest single malt whiskies as icons of sport, entertainment or the arts shares the tales of their life, career and their whisky journey, including never-before-told anecdotes of whisky fuelled shenanigans, over a selection of iconic drams.

The purest joy of whisky is found in it’s ability to bring people together, old friends and new, to tell stories, share experiences, to create laughter and memories.  At the Private Sessions an audience of just 32 exceptional guests will enjoy an intimate and convivial ‘pals in the pub’ ambience as they are enlightened and entertained, sharing 6 of the most prestigious drams in existence courtesy of Gordon & MacPhail, the world’s foremost authority on single malt Scotch Whisky, each meticulously paired with an exquisite, bespoke canape or gourmet bar snack.
​
The iconic moments and achievements in the life and career of our guest are brought to life through the magic of whisky as we share 6 of the most prestigious drams in the world, many available to all but an elite few and each paired with those defining events and achievements and matched with a selection of exquisite bespoke canapes and gourmet bar snacks, whilst we also learn of their whisky journey, their love of the uisge beatha and enjoy never-before-heard tales of whisky-fuelled shenanigans that will live long in the memory.