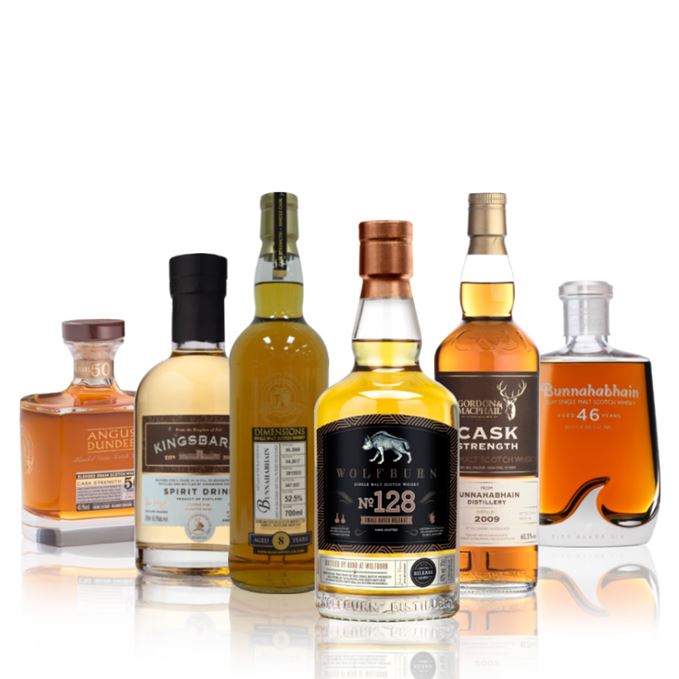 Context is the theme this week for Dave Broom. How can you fairly assess a two-year-old ‘spirit drink’ (and another young ’un) alongside a 50-year-old grain and a 46-year-old single malt? See them on their own terms as liquids and within their competitive set, that’s how.

Both age and beauty stroll hand-in-hand through the door first, as Broom discovers an Angus Dundee 50-year-old blended grain that is all gorgeous butter popcorn notes and gentle airiness.

A varying trio of Bunnahabhain bottlings come next, starting with a supple and great value Gordon & MacPhail expression which has benefited from a first-fill Sherry hogshead.

Next is the 46-year-old Bunnahabhain Eich Bhana Lír (meaning the ‘great waves of Lír’, in reference to the Gaelic sea god), which is one both for fans of delicate fruit spice and those with big wallets.

At the other end of the age spectrum is a two-year-old spirit drink released by Kingsbarns distillery as a precursor to its first matured stock, which shows great promise with a lovely mid-palate sweet spot.

Finally, taking Broom (and George Jones, by all accounts) on a long trip to the north-eastern tip of mainland Scotland is Wolfburn’s bold and Bourbon-like Batch 128, as sounds of Nashville quietly drift out into the Pentland Firth.