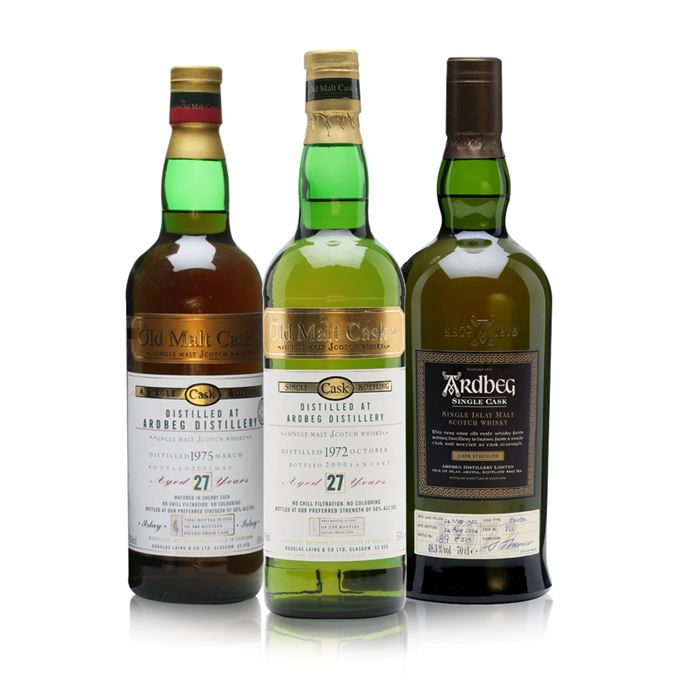 Let’s start 2017 with a selection of old and hard-to-come-by whiskies. Dave Broom has plucked another trio from the vaults – or, to be more precise, from the vaults of Douglas Laing. As well as the Old Malt Cask range (now owned by Hunter Laing, incidentally), the bottler is also generally believed to have provided the Oddbins Manager’s Choice bottlings.

The first Ardbeg 27-year-old out of two featured below, was distilled in 1972 and bottled in 2000. It is part of the Old Malt Cask bottlings, then owned by Douglas Laing.

And lastly, another 27-year-old Ardbeg, distilled in 1975 and bottled in 2002 – also belonging to the Old Malt Cask range.

Beyond the distillery name, all three expressions share another common factor: they come from a time when people were waking up to Ardbeg, but prices hadn’t yet headed into the stratosphere. How times change...

Rare Batch 16 30/01/2017 A rollercoaster ride with a duty free Aberlour, a beautiful Brora and a disappointing Talisker.