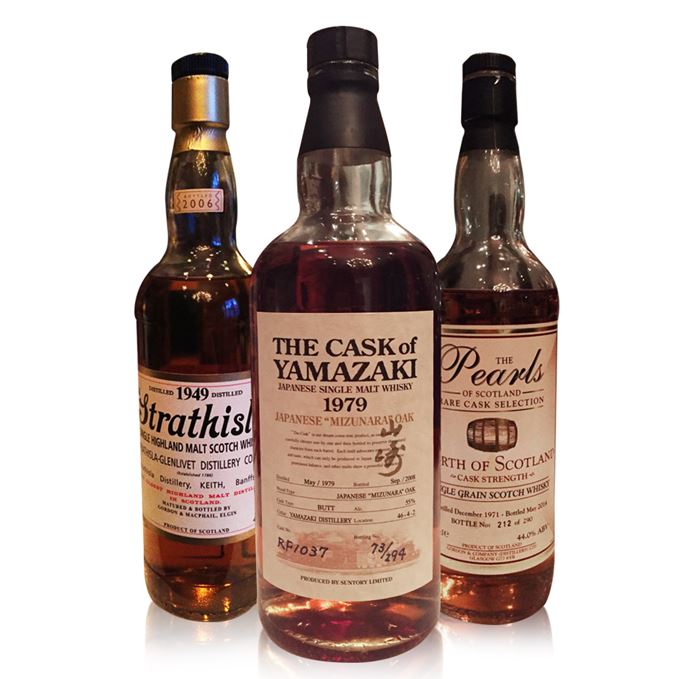 One of London’s newest bars officially opened for business last month: The Hyde. Tucked away inside boutique hotel The Royal Park, a renovated mid-19th-century Grade II listed townhouse, the venue boasts a back bar filled with rare whiskies and Cognacs.

At a special preview in March, features editor Melita Kiely was fortunate enough to sample a small selection of hard-to-come-by whiskies available to purchase at the bar.

First, a 42-year-old single grain from the now demolished North of Scotland distillery, distilled in December 1971 and bottled in May 2014 at cask strength. Part of independent bottler Gordon & Company’s Pearls of Scotland series, only 290 bottles were released.

Next, a 1940s vintage Strathisla (which has a claim to being the oldest distillery in Scotland). This particular expression was distilled in 1949, just before Chivas Brothers acquired the distillery. It was bottled in 2006 by Gordon & MacPhail at the ripe old age of 55.

Finishing this week’s tasting notes is a 1979 Japanese single malt from Suntory’s Yamazaki distillery. The whisky was aged for 29 years in Japanese Mizunara casks before being bottled at cask strength for the travel retail market. Only 294 bottles were released in 2008.