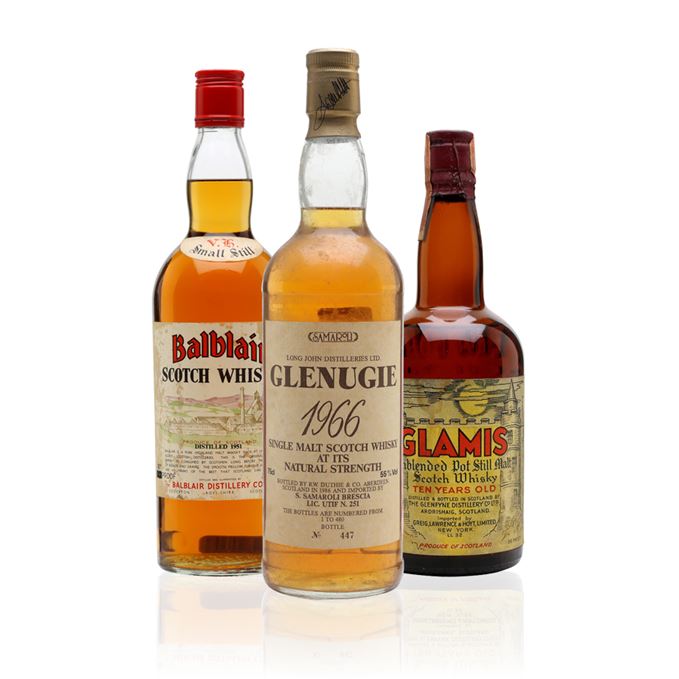 January is often a gloomy month for most people. Winter blues, post- festive slumps, diets, financial restraint, seasonal disaffection in general – all the good stuff basically. This is where the power of some really terrific drams can be something of a therapeutic balm for the soul, finds Angus MacRaild.

It’s not every day you get to compare three such hallowed or mystical drams as in today’s session. However, as MacRaild finds, it’s good to save these sorts of pricier and rarer drams for this kind of occasion. A little olfactory nourishment, some intellectual engagement and a hefty dollop of pure pleasure can go a long way to alleviating seasonal gloom.

For this session, MacRaild has lined up three whiskies with either pretty serious reputations, or weighty historical clout. First up is an extremely scarce example of the Glenfyne distillery single malt that went by the name Glamis, produced at the Highland distillery until its closure in 1937.

Tasting whisky from closed distilleries is privilege enough; to taste one from such a long-closed and geographically unique distillery, however, is remarkable indeed – doubly so for MacRaild as it was a ‘local’ distillery for his family. This example of a 10-year-old ‘unblended pot still malt’ was bottled in the 1930s for export to the US.

Following hard on its heels is the oldest known vintage bottling of Balblair: a 1951, 24-year-old single cask bottled by Gordon & MacPhail for a private family in the 1970s. A small parcel of the remaining stocks was sent to auction a few years ago, and they remain the only known bottles still in existence. MacRaild finds the whisky a fruity and invigorating delight.

To crown it all off is the first bottling of 1966 Glenugie by Italian bottler Samaroli, a single malt which has split opinion over the years, but remains a hallowed and sought-after example from the glory years of the late Italian master; not to mention, as MacRaild discovers, a shining example of this cult closed distillery’s brilliantly idiosyncratic new make.