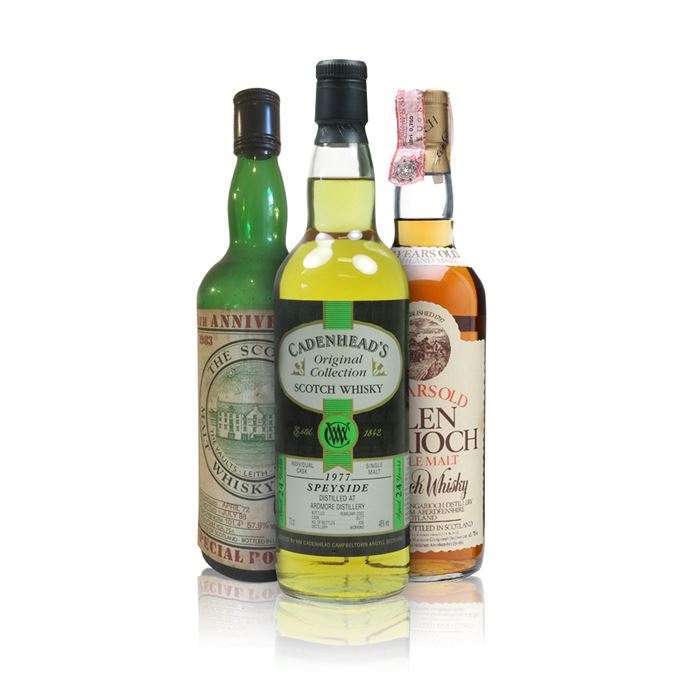 There is no real theme to this week’s rare whisky tasting. However, Angus MacRaild believes there is a thread of consistency running between each of the three whiskies he’s chosen for review. All were distilled during the 1970s, and are very much driven by distillery character rather than cask – an attribute some associate with bygone styles of whisky production.

MacRaild kicks off with what he considers an underrated 1977 Ardmore bottled as a 24-year-old by Wm Cadenhead. He finds it an ‘excellent and exemplary’ expression of Ardmore’s peaty, farmyard style.

Similarly the second whisky, an official 10-year-old Glen Garioch bottled for Italy in the 1980s, is a ‘thrilling’ encapsulation of the Highland distillery’s heavily-peated style that was prevalent prior to 1975. Fat, textural and farmyardy, MacRaild notes how one might easily mistake such a whisky as being from Brora.

Moving away from peat for the final whisky, MacRaild picks a Scotch Malt Whisky Society bottling of Glenlivet 1972, bottled in 1988 for the Society’s fifth anniversary. MacRaild finds it a clean and classical example of the Glenlivet character: light, grassy, refreshing and driven largely by the raw ingredients over the cask itself, which plays a more supportive, background role.