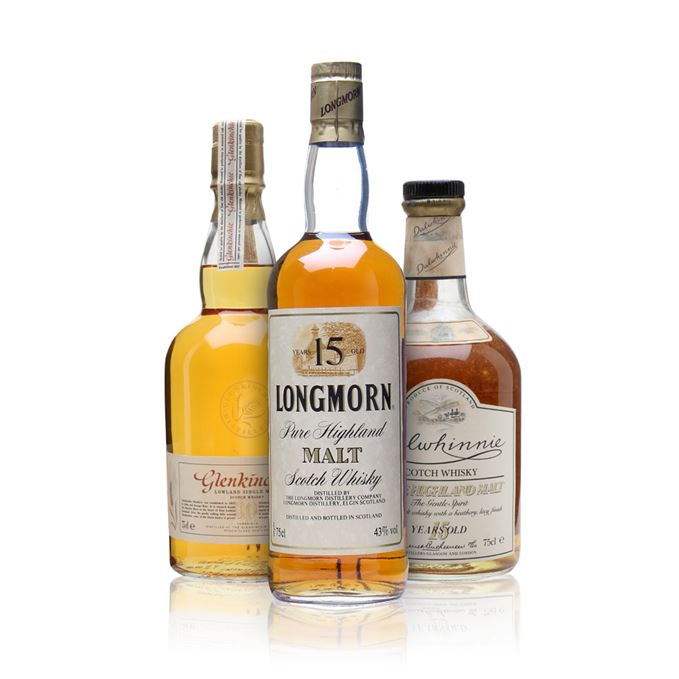 Exploring the world of rare whisky needn’t break the bank, as Angus MacRaild discovers in this week’s reviews, with three official single malt bottlings from the 1980s.

Up first is a Dalwhinnie 15-year-old, the first of two very early examples of the Classic Malts series, a range created by United Distillers (the precursor to Diageo) to showcase its distillery portfolio. MacRaild finds it a solid example of Highland malt whisky that is approachable as well as interesting, with a few stray notes of ‘old bottle effect’ (OBE) to keep tasters on their toes.

Another Classic Malts release comes from Glenkinchie in the guise of a more youthful 10-year-old. MacRaild notes how its distillate-forward profile really highlights Glenkinchie’s inherent sweet grassiness and floral, citrus elegance. ‘Rather subtle and elegant,’ he says.

Capping things off is a 15-year-old Longmorn, one of many examples in this livery from the 1980s that MacRaild says showcases the distillery at its classy, exotic, fruit-laden best. He delights at its waxy, fat texture and elongated finish. Slightly more expensive than the others, he notes, but still representative of a good value rare whisky at auction.