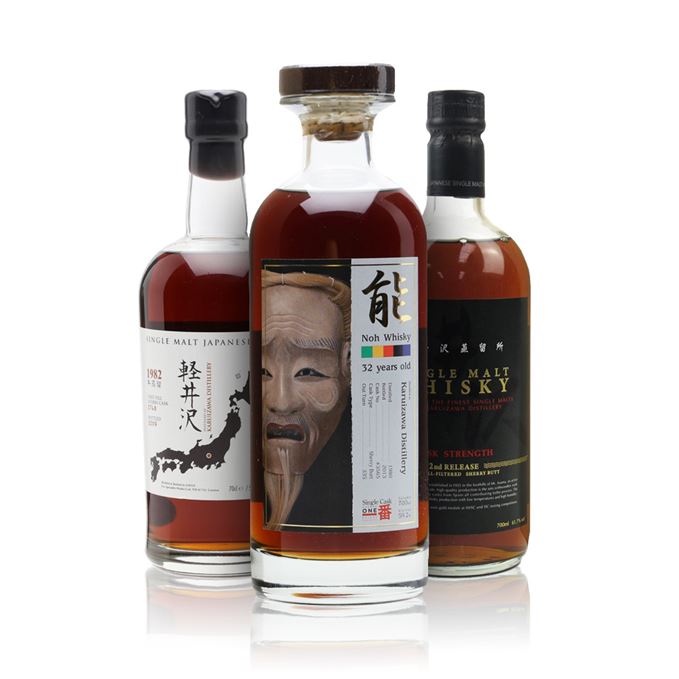 This week’s rare whisky tasting features a name that is curiously easy to overlook in this day and age: Karuizawa. Given escalating auction prices and the hype that has surrounded this closed Japanese distillery for the past decade, it’s often easy to forget just how superb many of its whiskies were over the years.

These are whiskies which, with their powerful, spice-heavy and exotically complex style, came to exemplify the best and most distinctive attributes of Japanese single malts. For this tasting, Angus MacRaild has selected three characteristic expressions from this legendary distillery to try.

First up is one of the more ‘humble’ examples in the form of the Cask Strength Second Edition, a no-age-statement (NAS) marriage of Sherry cask-matured Karuizawas from the latter years of the distillery’s production (its stills fell silent in 2000).

MacRaild finds it a heavy, yet enticingly dense and deep example that shows, despite some views to the contrary, that this era of Karuizawa still yielded some great whisky.

Next comes a 1982 single Sherry cask bottled by The Whisky Exchange to mark the retailer’s 10th anniversary in 2009. MacRaild is surprised by how much the flavours remind him of the old, pre-war malts that Gordon & MacPhail released in the 1980s, with transport cask-style coconut and tropical fruit notes.

Finally, there’s a 1980 single Sherry cask bottled for Sweden and Norway in 2013. This is more of a classical Sherry style, with a plethora of dark fruits and deep, leathery, spicy intensity. MacRaild notes the differences, but finds it to be in the same league as the 1982 Karuizawa in terms of quality.