A lost distillery on the west coast of Kintyre, Argyll, recorded as operating in the 19th century.

Although known to have operated in Argyll, the precise location of Ballure distillery is hard to pin down. Balure (with one L) farm still exists today, about two miles north of Tayinloan off the A83, across from the island of Gigha. It has numerous byres (barns) and outbuildings, one of which may well have housed the distillery. 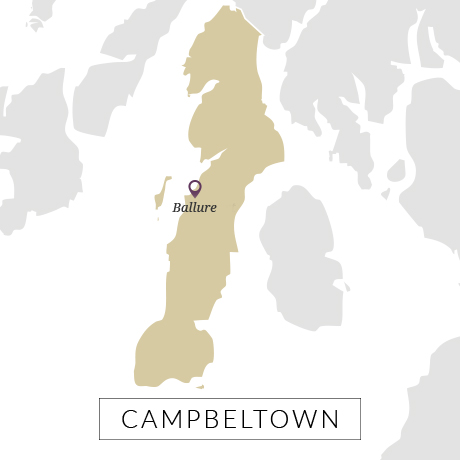 Ballure distillery was opened by Donald Carmichael and Co. in 1817, but was mothballed by the following year. In 1825 it reopened under license to Dugald Colquhoun and Co., but was handed over to James Taylor in 1831 and Duncan McIntyre in 1833.

From then on the distillery operated intermittently, until its eventual closure in 1837.