Macallan is an excellent example of the significance of size on whisky character. It is a large producer certainly, but its spirit stills are small (3,900 litres). This is a major contributing factor to the rich and oily nature of its new make.

Even with an extremely tight (ie small) cut there is little time for copper to do its lightening job on spirit vapour in tiny stills the lyne arms of which are so acutely angled. The opposite applies to maturation, however, where the balance between large and small is more fully revealed.

That heavy new make then goes into large, predominantly 500-litre ex-Sherry casks (made of both European and American oak). A large surface-to-volume ratio means that maturation will take longer – Macallan, it is widely agreed, hits its stride fully in its mid-teens. A heavy new make will also require longer in cask to lose any vestigial sulphurous notes. The nature of the extractives in the European oak (higher levels of tannin, powerful clove and resinous aromas) also needs a heavy spirit to achieve balance. American oak, on the other hand, adds and enhances sweetness.

No colour adjustment takes place at Macallan, meaning that each vatting needs to not only replicate the previous one in terms of aroma and taste, but must hit the same hue, despite every cask having a different tint. It is this understanding of the way in which colour is an indication of character which was behind whisky-maker Bob Dalgarno’s creation of the ‘1824 Range’ in 2013. 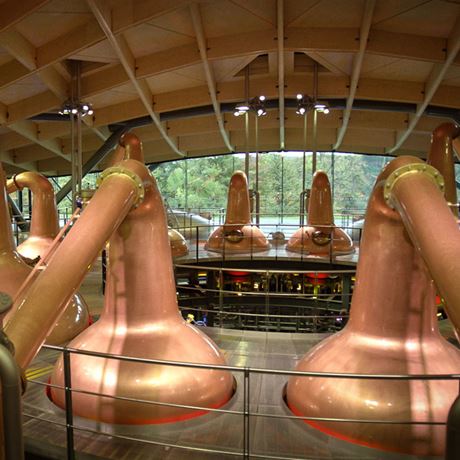 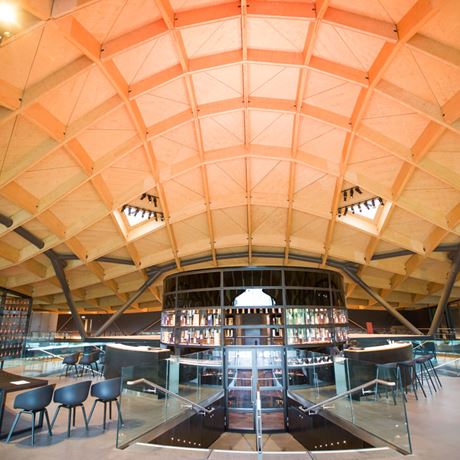 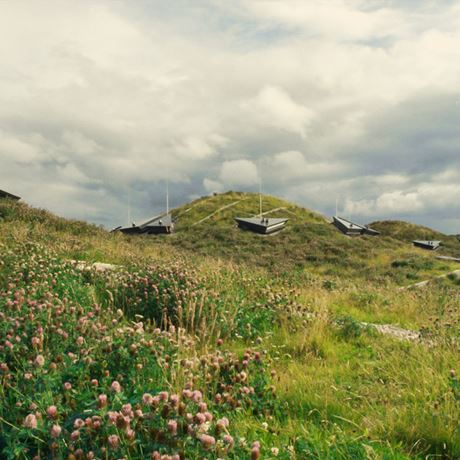 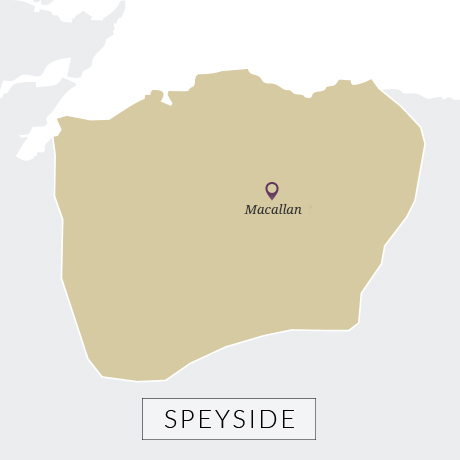 One of the original farm distilleries of Speyside, Macallan became legal in 1824 when Alexander Reid obtained (or was persuaded to obtain) one of the new licences issued after the passing of the 1823 Excise Act. In 1868, James Stuart took the lease and rebuilt the plant. His ownership ended in 1892, when he sold Macallan to one of the giants of Victorian distilling, Roderick Kemp, who had previously owned Talisker. Kemp’s descendants – in particular the Shiach family – retained ownership until the 1996 takeover by Highland Distillers (now Edrington).

The plant has continually been expanded from its original wooden shed with two stills. It was increased to five stills (two wash, three spirit) in 1954 and then more significantly in 1965 when a new stillhouse with seven stills was built. This process continued throughout the 1970s with the total number of stills reaching 21 by 1975.

For a distillery which has become synonymous with the growth of single malt, it is worth remembering that Macallan has always been an important malt for blending. It wasn’t until the early 1980s, faced with a downturn in the market for fillings, that Macallan decided to focus more strongly on the then new single malt category.

The management team of Allan Shiach, Frank Newlands, Hugh Mitcalfe and Willie Phillips oversaw a campaign which both positioned the malt as a 'first-growth whisky' it called 'the Cognac of whisky', while always retaining a somewhat bohemian and irreverent approach to advertising and promotion.

A firm belief in the fusion of the oily, heavy, new make style and ex-Sherry casks saw Macallan, under Edrington’s governance, become the first distillery to create so-called ‘bespoke’ casks: selecting specific trees (predominantly in northern Spain, though some American oak is specified), and then with Jerez-based cooper Tevasa specifying the length and nature of drying, type of coopering, the liquid used for seasoning (oloroso) and the duration of that process. Investment in wood has increased significantly in recent years, with a complex of massive warehouses being built on the estate.

In recent years, a greater emphasis has been placed on the nascent luxury whisky market with bottlings of 50- and 60-year-old Macallan in Lalique decanters, the creation of the Fine & Rare vintage range dating back to 1926, and the Masters of Photography series.

This has not been without controversy. Its growing status as a collectable malt saw Macallan become the victim of fakers in the late 1990s. The subsequent investigation has, however, helped establish a methodology to check the authenticity of suspicious bottlings.

On a whisky-making front, 2004 saw the introduction of Fine Oak, where American oak ex-Sherry casks and some ex-Bourbon casks were used in a mirror range to the ‘classic’ 100% ex-Sherry range. Though old Macallan lovers protested, the lighter, sweeter, flavour profile brought in new drinkers, mostly in new markets.

The 1824 Range, a four-strong series not carrying age statements which replaced some of the younger expressions in the portfolio, followed in 2013, using whisky colour as a communication and branding device.

The second stillhouse was brought back on stream in 2008, and in 2013 it was announced that a completely new, £100m distillery was to be built.

The new distillery – a distinctive subterranean design – was commissioned on 9 November 2017 and opened officially in May 2018, at a final cost of £140m.