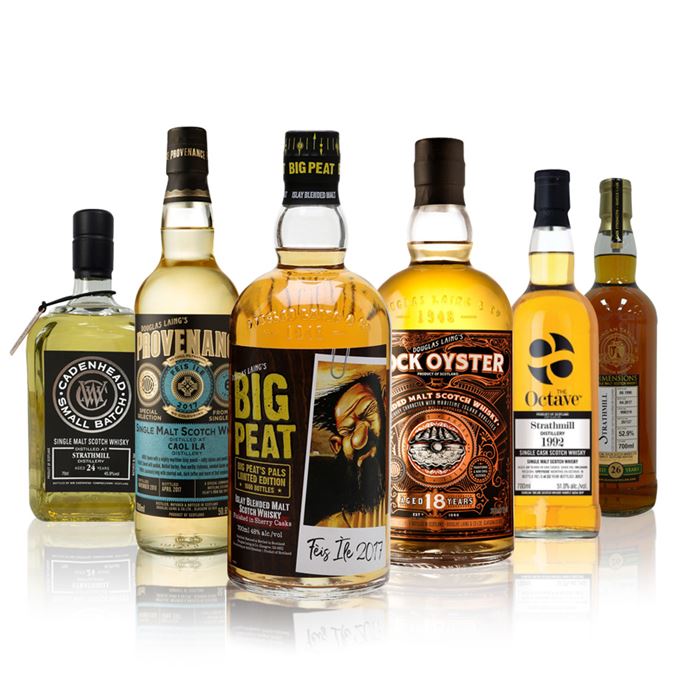 Dave Broom begins this week with some pals of Big Peat, as he tastes the 2017 Fèis Ìle bottling. The packaging is adorned with Peat’s fans, but what of the liquid? With a balance between the sweet and the smoky, Broom is impressed.

The next whisky is a six-year-old Caol Ila which, like Big Peat, was bottled by Douglas Laing for the 2017 Islay Festival – though this is considerably peatier.

A third Douglas Laing whisky follows suit in the form of an 18-year-old blended malt, with notes of cereals, citrus and sweetness.

Then it’s onto the first of three Strathmill bottlings this week, starting with a 24-year-old from indie bottler Cadenhead, whose nutty aroma leads to more floral notes on the palate.

Duncan Taylor then puts forward a 26-year-old Strathmill from its Dimensions series, oily and bursting with flavours of mulberry jam and raisins.

And to complete this week’s batch, a juicy 24-year-old Strathmill from Duncan Taylor’s Octave collection.

Batch 101 23/06/2017 New whiskies including Highland Park Valkyrie and a trio of bargain-priced Lidl single malts.
View All
Scroll To Top