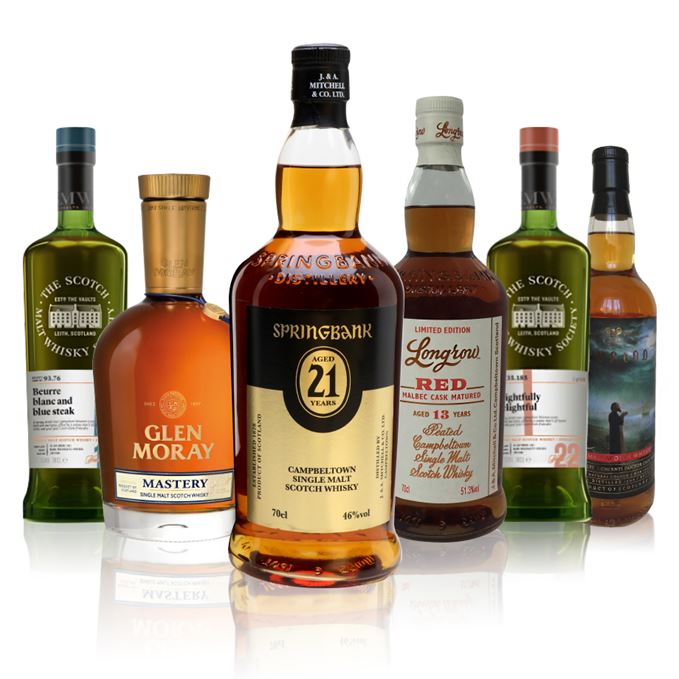 Dave Broom’s latest batch of new whisky tasting notes are a globe-trotting affair, taking us on a journey to Campbeltown and Speyside, via Ukraine, Spain, Portugal and South Africa.

It starts with the first of two Glen Morays, which is also the first of two bottlings from the Scotch Malt Whisky Society (SMWS). It might be called ‘Frightfully Delightful’, but Broom is less than convinced by its ‘slightly sickly’ character, which conjures an unappealing image of Donald Trump eating banoffee pie.

The second SMWS offering, a powerfully spicy 11-year-old Glen Scotia, fares no better. Where the Glen Moray had too much cask influence, this has too little, leaving it ‘beached on the shoreline’ in Broom’s eyes.

There’s a slight improvement to proceedings with our third whisky, the latest wine-finished Scyfion Choice bottling from a private Ukrainian bottler. There’s praise for its ‘real richness’, but a slight reservation about the dominant influence of the wine cask.

It’s tempting to regard this week’s batch as a tasting of two halves – because the last three single malts are all absolute crackers.

Then we’re back in Campbeltown for a remarkable 13-year-old Longrow (Springbank’s heavily peated variant), finished in ex-Malbec casks from South Africa’s De Toren Private Cellar winery. A limited run with a tempting price tag, it’s already hard to track down.

How can Broom follow that? With this year’s Springbank 21-year-old bottling, that’s how. Let’s just say that it’s ‘endlessly fascinating’ and brings to mind cigars and Proust.