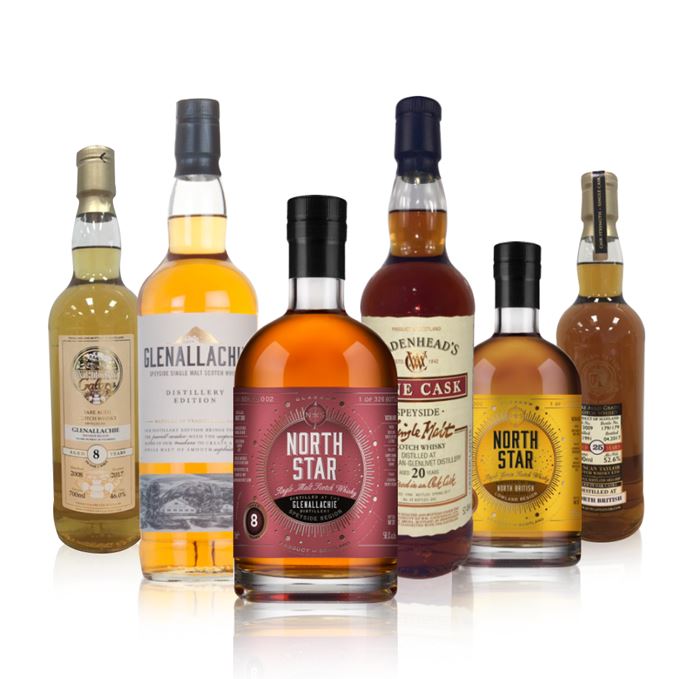 First up is a no-age-statement official bottling, one of just a few released in the distillery’s lifetime. Glenallachie Distillery Edition is the distillery’s final bottling from owner Chivas Brothers, which is in the process of selling the Moray site to former BenRiach owner Billy Walker. Sweet, fruity and malty, it’s evocative of first-class baking (something Mary Berry would be proud of).

The following two Glenallachies have both been bottled as eight-year-olds, but couldn’t be more different in style. Duncan Taylor’s expression exudes buckets of distillery character – delicate fruits and malt ­– while North Star Spirits’ take moves in a spicier, more indulgent direction thanks to maturation in a Sherry butt. Three very different sides to one of Speyside’s great, yet mostly unknown, distilleries.

Paskin then moves ever so slightly east towards Dufftown, and an overtly-perfumed Cadenhead bottling of 20-year-old Glendullan, which she finds rich and full-bodied, having spent eight years ‘finishing’ in a Château Lafitte wine cask.

Finishing the round are two independently-bottled expressions from Edinburgh grain distillery North British. First up is a sweet and spicy, yet disappointingly rubbery, 25-year-old from Duncan Taylor, which evokes memories of sneak-eating birthday cake.

Finally, a 21-year-old North British from North Star Spirits takes on a decidedly toasty, fruity, yet vanilla-centric character, teasing out a playful side to the Lowland distillery.

Batch 107 04/08/2017 Scallywag and Timorous Beastie’s big brothers get a grilling, alongside a host of indie bottlings.