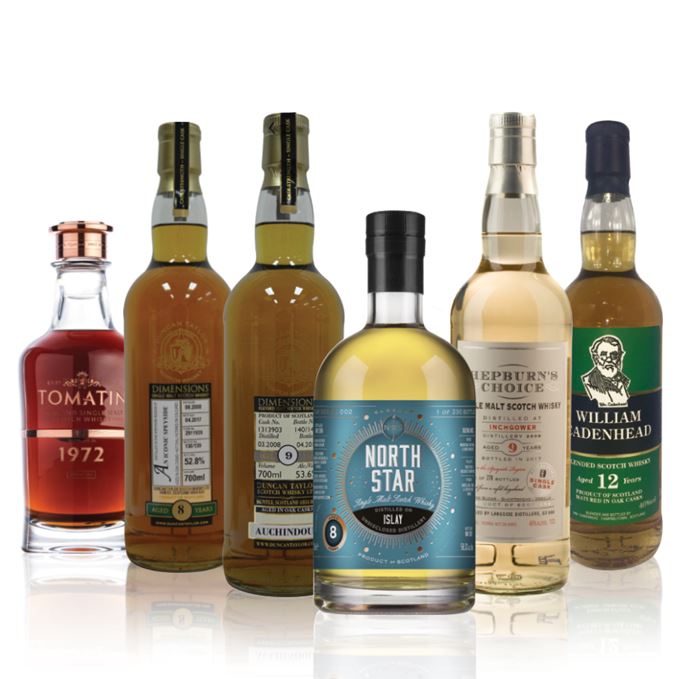 Dave Broom tries out four younger whiskies of varying quality, but is ultimately is won over by a 1972 Highland single malt and a must-have blend.

Starting on Speyside, he discovers two evenly-matched and pleasurable Duncan Taylor bottlings – a rich and figgy eight-year-old single malt, from an unspecified distillery, and a charming nine-year-old blended malt – which take him by surprise with their respective noses and leave him humming an ode to the burning of Auchindoun Castle.

Staying on Speyside, Broom struggles to see the sense in a premature bottling of young Inchgower, which is frustratingly lacking in impact.

Then he hops over to Islay to encounter an eight-year-old single malt from North Star spirits, which makes up in character for what it lacks in complexity.

No such troubles in the Highlands, where a 1972 Tomatin stands tall with its heavy, Cognac-like, floral nose and palate that goes from bitter almond to rich dark fruits. Reeking of rancio, with a charred, earthy finish, the distillery’s second Warehouse 6 offering leaves Broom amazed.

Finally, a 12-year-old William Cadenhead blend hits the mark with its Sherry influence and has Broom dreaming of a last-minute summer holiday to Spain with Jacques Tati.

Batch 109 18/08/2017 Dave Broom returns from his hols with new Inchmoans, an old Invergordon and a sessionable Aultmore.
View All
Scroll To Top