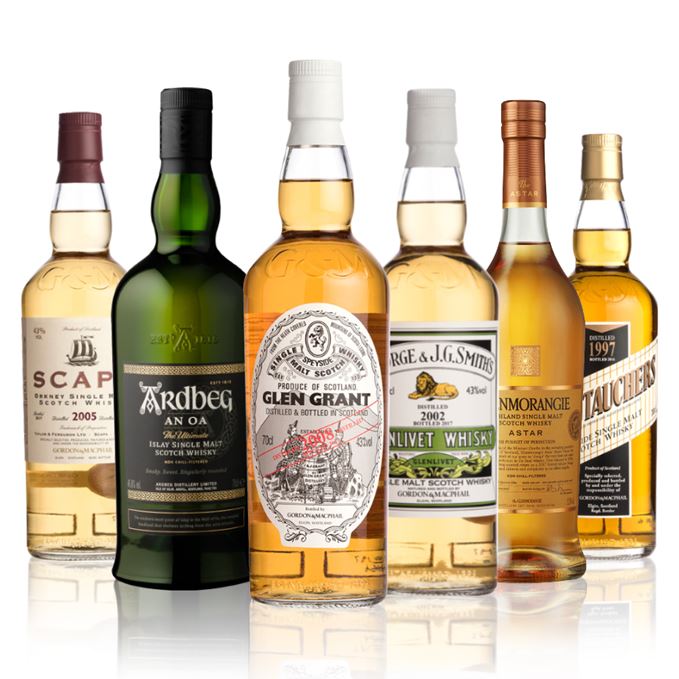 Richard Woodard gets stuck into an excellent Islay single malt and the return of an old Glenmorangie favourite, while Gordon & MacPhail returns to Dave Broom’s tasting table after a hiatus, with a selection of recent bottlings for its Distillery Labels range.

Unlike many independent bottlers, Gordon & MacPhail fills new make into its own casks. The long-term relationships that resulted from this mean that the range contains quasi-official bottlings of many distilleries, many of which predate those from their owners.

But to Islay first, as Woodard is charmed and seduced by the opulent new Ardbeg An Oa (pronounced ‘an oh’), which shows the softer side to the Hebridean distillery.

Dave Broom then hits Speyside for his first two G&M offerings. A Sherry-influenced Glen Grant 2008 bounces boldly into sight, yet depends on some Seville orange citrus acidity to save the day. A second G&M Speyside expression, a quintessentially Glenlivet-ish 2002 Glenlivet, turns out to be a midsummer night’s dream of a dram.

Woodard interjects with an Amalfi lemon-soaked Glenmorangie Astar, in what becomes a much welcomed return for the expression.

Broom remains in Speyside for a pancakey Glentauchers 1997, which displays the distillery’s characteristic floral notes (plus some ‘damp rabbit’) and a Sherry finish that conversely hints of the Loire Valley.

Moving north to Orkney, he rounds off Batch 111 with a (not particularly Scapa-like) Scapa 2005 from G&M that is short, sweet and restrained.

Batch 112 08/09/2017 Five blended malts and one blend do battle as Dave Broom leaves single malts behind for a week.