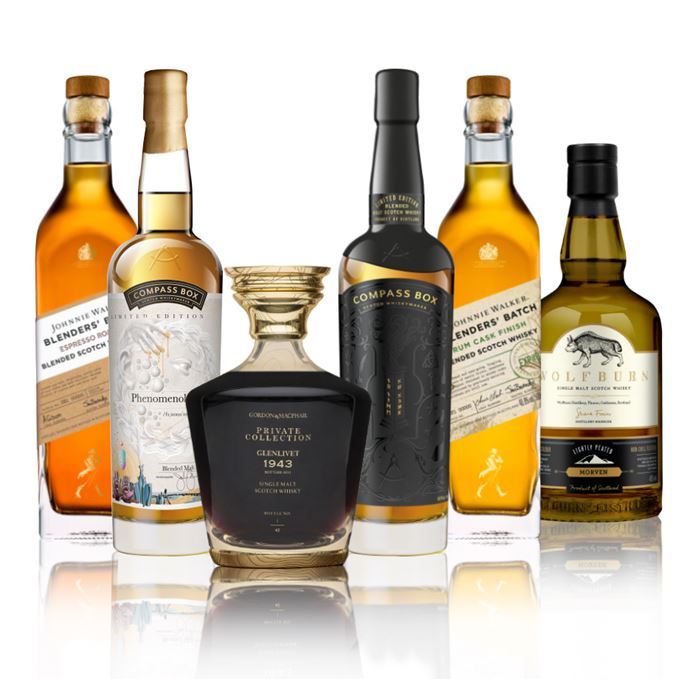 There are tastings – and there are tastings. When a grizzled whisky veteran like our esteemed chief engineer, Dave Broom, talks of ‘one of the best new whisky batches I can remember’, it’s something not to be taken lightly.

What is it that has so taken his fancy this week? Well, it might be the chance to sample a 70-year-old Glenlivet single malt, bottled by Gordon & MacPhail and yours for a cool £30,000. But this is a whisky that transports Broom to a world where such details – price, score – become irrelevant.

Follow that. And we do, with two innovative blends from Johnnie Walker. Both take the world’s leading blended Scotch off on a tangent – espresso roast and rum cask respectively – and both are, in their own way, very successful, even to a coffee-averse Mr Broom.

From blends to blended malts, but the standards show no sign of slipping. Compass Box’s latest releases, No Name and Phenomenology, have (as ever) intriguing back-stories, but it’s the liquid we’re concerned with here. And what liquid!

Following three established names, we close with a highly promising newcomer. After robbing Pulteney of the title of Scotland’s most northerly mainland whisky distillery, Wolfburn is now grabbing the headlines with a string of excellent young single malts.

Morven is its latest incarnation, and leaves a highly satisfied Broom singing the praises of its distinctive character: ‘Think of it as a northern Kilchoman,’ he says, and smiles (for once).