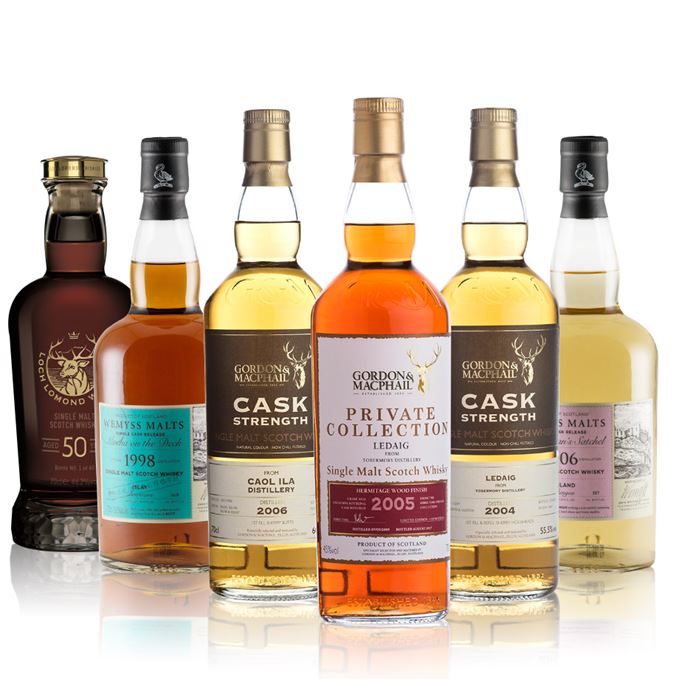 There’s a peaty theme uniting most of the new whiskies tasted by Dave Broom this week, but the contrasting styles and flavours show just how varied this style of single malt can be.

With independent bottlers to the fore, we begin in fine style with a rich and ripe Bowmore bottled by Wemyss Malts, before moving across Islay to a much younger – but almost as impressive – cask-strength Caol Ila from Gordon & MacPhail.

Two bottlings of Ledaig, also courtesy of Gordon & MacPhail, offer a mixed bag: while Broom is highly impressed by a cask strength example of Tobermory’s peated alter ego from 2004, he is less convinced by the merits of a 2005 wine cask finish.

This week also features not one but two lesser-spotted single malts from the remarkably versatile, but previously publicity-shy, Loch Lomond distillery. For starters, Wemyss offers up the evocatively named ‘Trawlerman’s Satchel’, a 2006 bottling of the distillery’s peated ‘Croftengea’ spirit.

And we close with a very different beast: by far the oldest whisky produced to date at the Alexandria distillery: Loch Lomond 50-Year-Old, which ran off the stills in the early months of its existence. Worth the wait? You bet.

Batch 124 24/11/2017 A mixed bag including Ballantines’ trio of single malts, The Gauldrons and two from Wemyss.