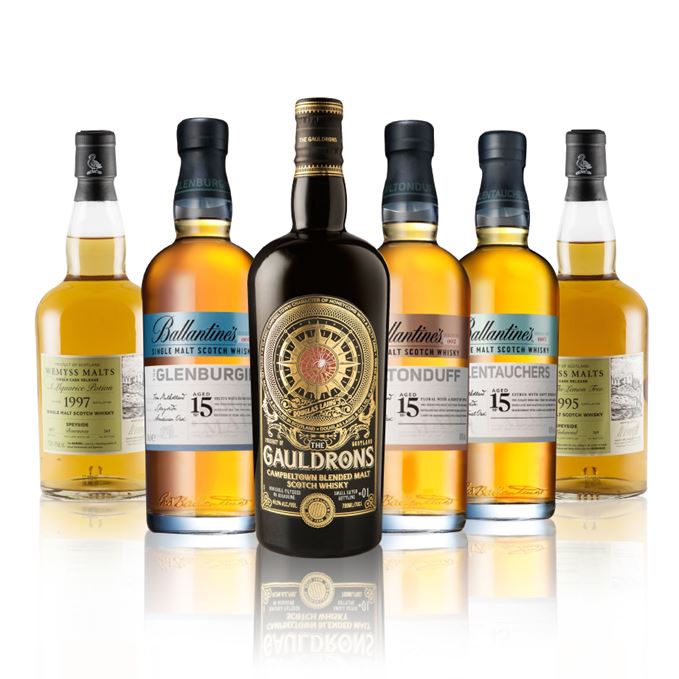 This week’s batch of new whiskies is a mixed bag in more ways than one, comprising a pair of Wemyss single malts, a rarely spotted Campbeltown blended malt and a trio of single malts trespassing on blended territory by sporting the Ballantine’s brand name.

Ironically, you can’t say that about Douglas Laing’s The Gauldrons, even though this is a blended malt. Its success says much about the existence of a distinct Campbeltown style – and the capturing of that style in this bottling.

Both Wemyss releases also put distillery character on show – to a fault in the case of a Benrinnes expression that could have done with a bit more cask activity to balance its unmistakable distillate.

The other Wemyss offering is a Linkwood christened ‘Under the Lemon Tree’, which gives a clue to its fragrant, floral, fruity flavour profile. While it may not be the weightiest single malt out there, Broom reckons it’d make a cracking aperitif.

Batch 125 01/12/2017 A Laddie-fest as four Bruichladdichs are tasted, plus a Fettercairn and the latest Highland Park.