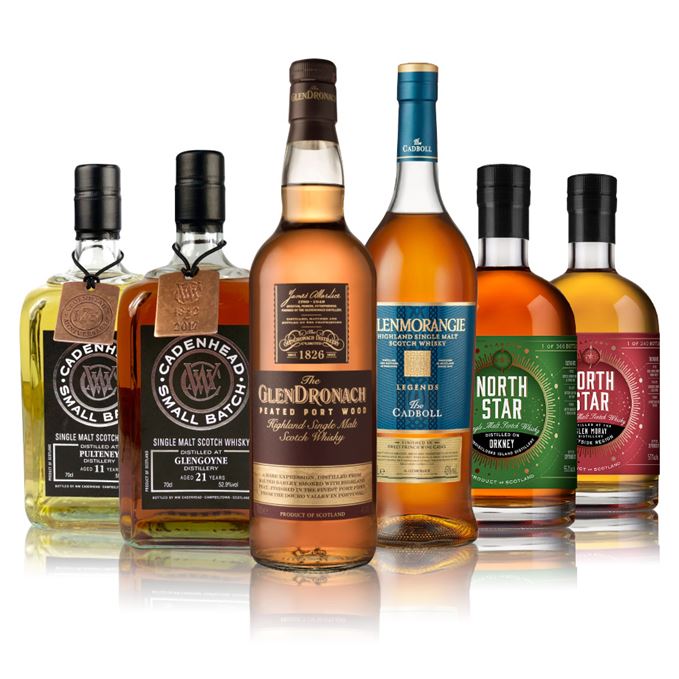 Perhaps it’s the recent memory of festive desserts and treats, but Dave Broom detects a sweet theme running through this year’s first batch of new whisky reviews, from a characteristic Glen Moray to a classically oily Pulteney.

That Glen Moray is one of a pair of single malts bottled by North Star Spirits, and both impress Broom in different ways: while the Moray is sweetly suited to being drunk as a chilled aperitif, a 17-year-old, smoky Orkney (now where could that be from?) retains a flavour of Christmas – think mince pies and Terry’s Chocolate Orange.

There’s more peat in an unusual GlenDronach, finished in Port casks and with the look (but thankfully not the taste) of dentists’ mouthwash. Instead it evokes nostalgia for a classic sweetie advert.

This week also features two malts from Cadenhead’s, and again they bring contrasting pleasures: that Pulteney with its mouthcoating oiliness, and a mature Glengoyne with leathery depths and Demerara-like softness.

That character links it with the final malt in the line-up, travel retail exclusive Glenmorangie Cadboll. Finished in sweet wine casks, it’s a decadent and ostentatious whisky that brings to mind a classic turn from comic genius Spike Milligan. All together now…