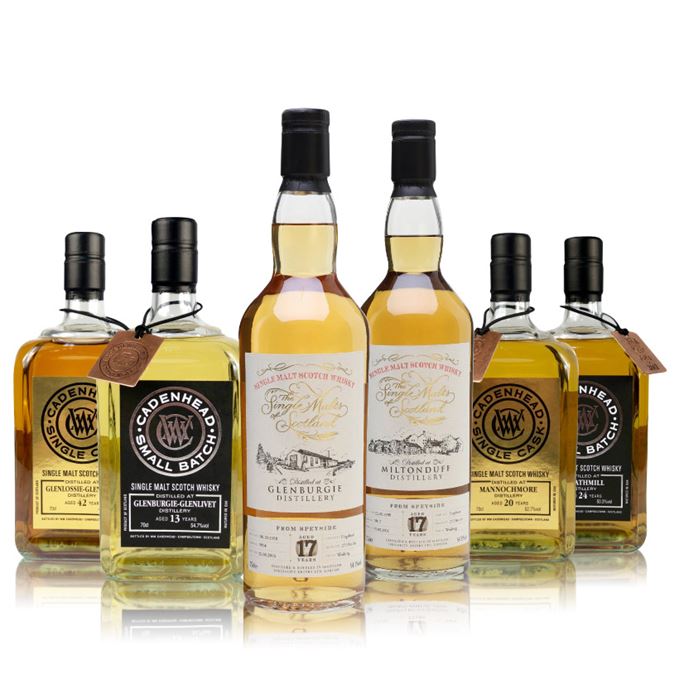 This week, Dave Broom shines a tasting spotlight into some of the darker recesses of Speyside, sampling single malts from five less heralded distilleries, all of them mainly concerned with providing whisky for blends.

In the cases of Glenburgie and Miltonduff, the blend in question is Ballantine’s – indeed, both have recently been released as single malts under the Ballantine’s label. But here the focus is on independent bottlings from Cadenhead and Single Malts of Scotland – and a 17-year-old example from the latter is a clear winner.

Despite being one of the larger distilleries, you don’t see a lot of Glenlossie bottled as a single malt – so an example aged for a full 42 years is all the more noteworthy. It’s also well worth the wait, says Broom.

Glenlossie’s Diageo stablemate Mannochmore is another rare beast – although it did feature in the company’s Special Releases in 2016 – and also a stubborn beast, if this 20-year-old example from Cadenhead is anything to go by.

Our final shrinking violet is Strathmill, and a contradictory single malt, again from Cadenhead, that Broom finds somewhat frustrating – but ultimately beguiling.