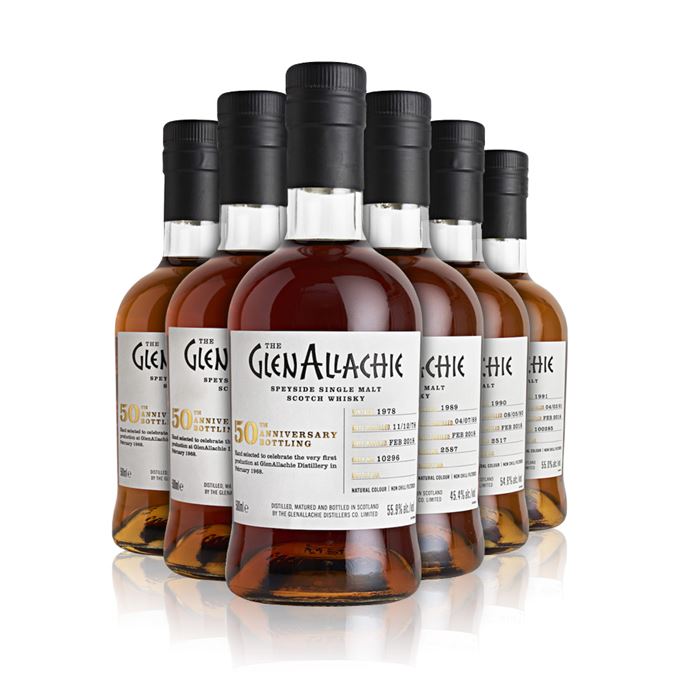 We focus on only one distillery this week as Dave Broom tastes his way through the six-strong single cask single malt releases from the ‘new’ GlenAllachie. The capitalised ‘A’ in the middle of the name gives a clue to the distillery’s new owner: Billy Walker, previously of BenRiach (and indeed GlenDronach).

Walker bought the distillery from Chivas Brothers last year and, in doing so, set about transforming GlenAllachie from a little-known distillery producing fillings for blends such as Passport and 100 Pipers, into a quality-oriented single malt in its own right.

A core range is set to launch in June but, while we wait for that, there is this initial release of six single cask single malts – spanning the years 1978 to 1991, with two each from 1989 and 1990 in the middle.

Are they any good? The simple answer is yes, but you’ll have to read Broom’s detailed notes for the full story on six whiskies that encompass quite a range of flavours and styles. Broom’s conclusion: ‘A fascinating journey,’ he says. ‘I reckon that Billy Walker’s done it again.’

This week’s accompanying Spotify playlist uses a single artist to provide the musical backdrop to this single distillery batch. Click on the links in ‘Right Place, Right Time’ for the soundtrack.