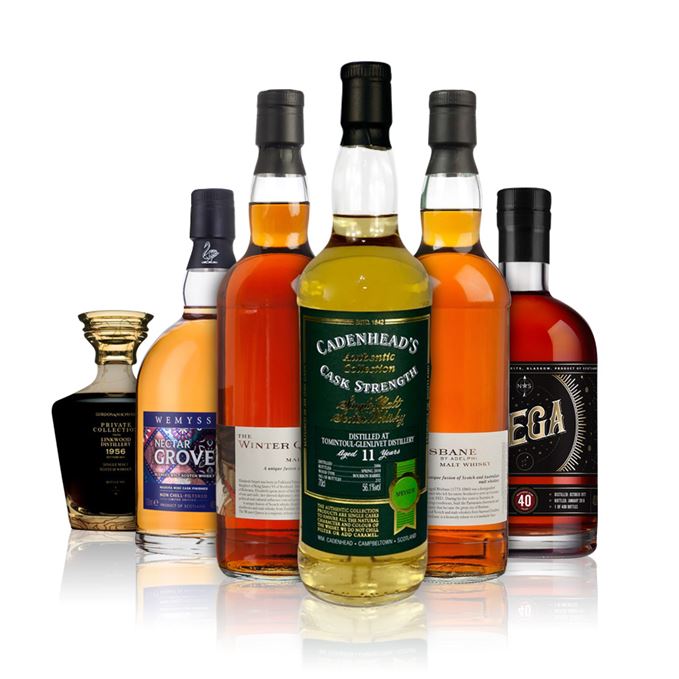 It’s a globetrotting batch of new whiskies this week, encompassing liquid not only from Scotland, but also from Australia and the Netherlands. Age is similarly broad in scope, taking in everything from five to 60 years old.

The international element is supplied by The Brisbane and The Winter Queen, two blended malts from Fusion Whisky that combine single malt Scotch with, respectively, whisky from Starward in Australia and Millstone in the Netherlands. While Dave Broom has praise for both, the ‘hugely successful’ Brisbane has the edge over the ‘powerful and assertive’ Winter Queen.

At five and nine years old, the Fusion whiskies are mere striplings compared to Gordon & MacPhail’s 60-year-old bottling of Linkwood 1956, released last week and priced at a cool £22,000. Broom finds it ‘fascinating and remarkably aromatic’, even if the wood has started to take charge.

Back to blended malts and a considerable drop in price for the latest flavour-led release from Wemyss Malts, Nectar Grove. Finished in Madeira casks, this combination of Highland malts wins Broom’s favour for its fruity drinkability, although he finds it just a little shy.

Then another Speyside single malt – an 11-year-old Tomintoul from independent bottler Cadenhead. It’s ‘clean, light and inoffensive’ and, while Broom likes it, he can’t help wondering if it would have benefited from a little more age.

This week’s whiskies are again accompanied by a special Spotify playlist compiled by Broom to match the flavours and styles on offer. Like the whiskies themselves, the music is eclectic, including offerings from Parliament, Chet Baker and Ryuichi Sakamoto. Click on the links in the notes under ‘Right Place, Right Time’ to access the playlist.

Batch 140 23/03/2018 Only two distilleries this week: Ardbeg Grooves Committee bottling and the new Jura range.
View All
Scroll To Top