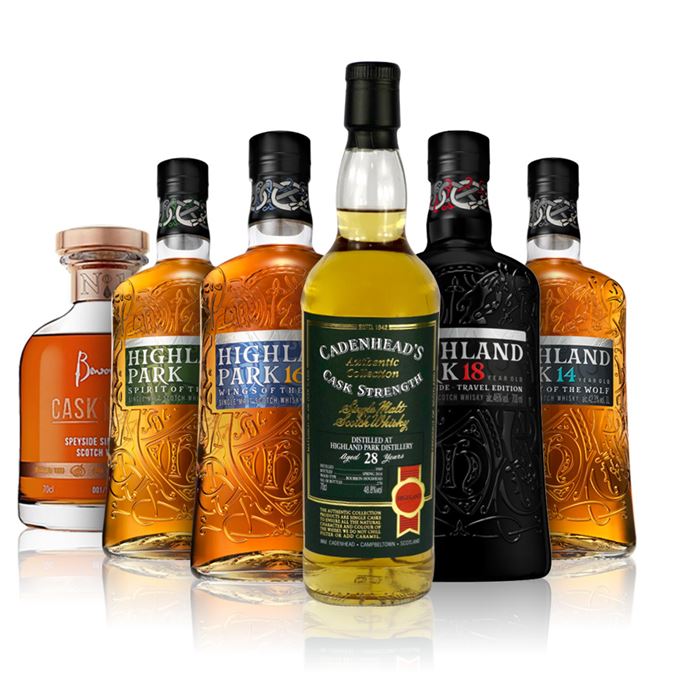 You can’t go a few weeks without a new Highland Park being released, and this week Dave Broom has five on his plate, including the new travel retail range inspired by Viking spirit animals.

But first, to a milestone whisky, bottled to celebrate Benromach distillery’s 20th anniversary since reopening underneath the guidance of Gordon & MacPhail. Benromach Cask No 1 is a 20-year-old malt from the very first cask laid down at the distillery on its reopening in 1998. Bottled at a remarkably high strength, it’s ‘strangely old yet new’ at the same time. Something of an irony considering Benromach is in fact 120 years old this year. A double celebration!

Four new releases from the Orkney distillery now, starting with Loyalty of the Wolf, a 14-year-old which is sweet, light, inoffensive but ‘nothing to get excited about’.

Things don’t improve with the new no-age-statement release Spirit of the Bear, which old-school lovers of Highland Park may find misses the mark, however the 16-year-old Wings of the Eagle soars back into Broom’s estimations with its warming, fruity and Sherried character.

Finally, a higher-strength bottling of Highland Park Viking Pride 18-year-old is the leader of the pack, with complex, sweet and smoky notes that remind Broom of exactly what makes Highland Park such a popular whisky.

Batch 166 14/09/2018 Getting to grips with GlenAllachie’s new core range, as well as two stunners from Asta Morris.

Batch 164: Diageo Special Releases 2018 03/09/2018 The annual line-up, featuring a handful of rarities alongside a number of old favourites.
View All
Scroll To Top