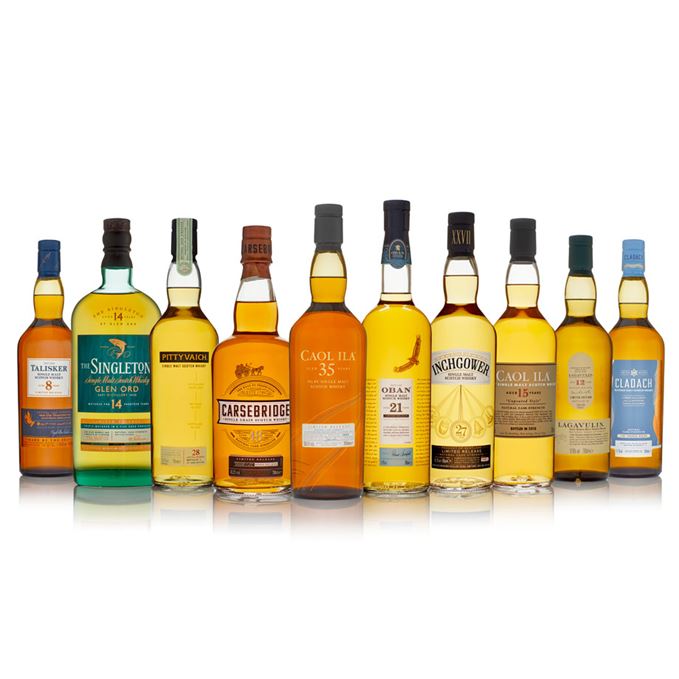 It’s Diageo Special Releases time again, but with a twist in the notable absence of Port Ellen and Brora, the fabled duo of closed distilleries whose whiskies have become so sought-after in recent years.

It’s not the end for Port Ellen and Brora in any sense: both distilleries are due to reopen in the next couple of years, and archive releases will still be made on a stand-alone basis, outside the aegis of the Special Releases.

That allows the spotlight to be shone on other names – the rarely-seen and short-lived Pittyvaich, which made whisky for only 18 years until its closure in 1993; and an aged grain from another lost distillery, Carsebridge.

There’s also the Special Releases debut of quirky Inchgower, the return of Talisker in youthful guise and the intriguing appearance of Oban in European oak. A Singleton of Glen Ord bottling, meanwhile, offers a bewildering lesson in complex cask maturation.

Then there is the old guard: Lagavulin 12 Year Old, plus two entries from Islay stablemate Caol Ila: a richer take on its unpeated form, and a startling 35-year-old that may finally give this underrated distillery the prominence it deserves.

Nine whiskies in the original line-up – and now a 10th in the shape of Cladach, a ‘coastal’ blended malt that includes liquid from Caol Ila, Clynelish, Inchgower, Lagavulin, Oban and Talisker. Taking its name from the Gaelic word for ‘shoreline’, it’s well worth the wait. Richard Woodard provides the tasting notes.