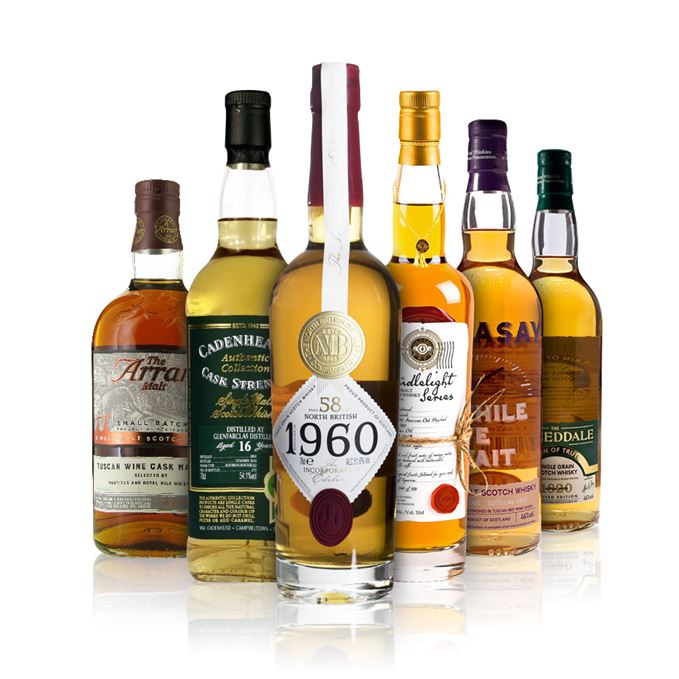 First up is an Isle of Arran bottled for Royal Mile Whiskies and new Edinburgh bar Nauticus. Broom finds a spicy start to the nose with star anise before relaxing into blood orange on the palate. ‘Gorgeous,’ Broom gushes.

Next up is a 16-year-old Glenfarclas by Cadenhead, which is ‘all dunnage floors and oily dungarees’. An unusual dram, Broom concludes, but not an unpleasant one.

A 19-year-old Linkwood bottled by newcomer Whisky Illuminati shows generous, ripe fresh fruit – the bottler knocks it out of the park on its first try.

Closing out with a pair of whiskies from R&B Distillers, the 2018 release of Raasay While We Wait is a Highland single malt designed to mimic the characteristics of the forthcoming Raasay distillery bottlings. Broom finds a ‘happy and easy-drinking mix’ of peated malt and red wine influence, but loses its vibrancy when water is added.

Tweeddale Grain of Truth, however, perks up with a little added water. A ‘gentle, light and estery’ single grain, Broom recommends a ‘long and cold’ serve to get the most out of this zesty offering.

In accordance with a batch which spans the whole gamut of ages and prices, this week’s playlist zips around with aplomb. From the soulful sounds of Neil Young’s Harvest Moon to the Beach Boys and Radiohead, Broom has all bases covered.

Batch 174 09/11/2018 A sextet of Bruichladdichs come calling this week, including a trio of new Octomores.
View All
Scroll To Top