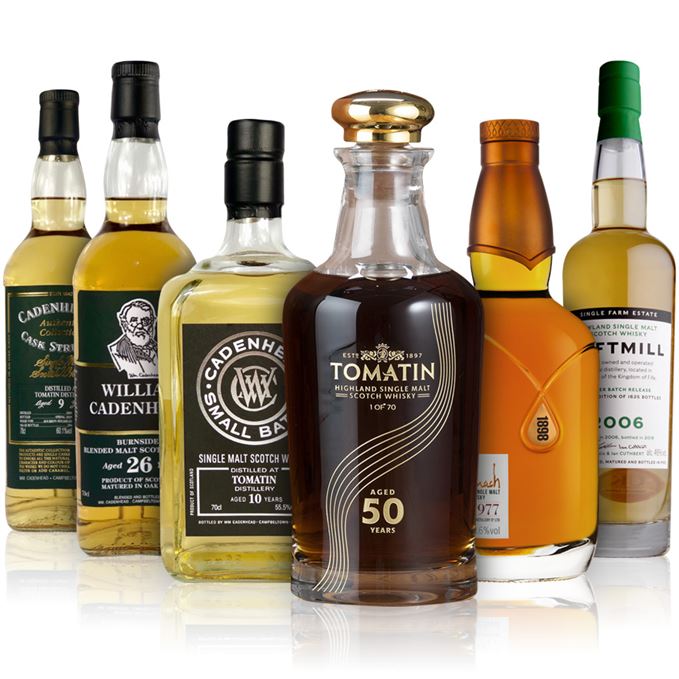 Highland and Lowland, old and new, indie bottlers and distillery editions – Dave Broom grapples with a selection of polar opposites this week.

First up is the second of Benromach’s new Heritage collection (see Batch 189 for the 1972 expression). At 41 years old, Broom finds a whisky mature, soft and discreet – it’s a shame only 122 bottles exist.

Next up is Burnside, a 26-year-old Speyside blended malt from Cadenhead, which is very sweet. ‘While it never fully expands, it remains a good glass,’ Broom claims, likening the nose to wildflowers in the woods.

A limited edition from one of Scotland’s newer micro-distilleries, Daftmill’s Winter Release is a Lowland malt with legs, as Broom uncovers a well-balanced, easy-drinking dram.

Finally, onto a trio of Tomatins. Kicking off with a pair of young Cadenhead bottlings, Broom finds a nine-year-old baffling. Why bottle a whisky ahead of its prime? he asks.

A 10-year-old fares little better, with ‘an unresolved mix of dustiness’ on the palate. Both young Tomatins remain a little too overtly distillery-forward for Broom’s tastes.

On the other end of the scale, a 50-year-old official bottling is Tomatin’s oldest whisky to date and it shows, with a long finish that smacks of rancio. At £10,000 a bottle, however, this review may be the closest many drinkers get to sampling a dram.

The accompanying soundtrack is suitably polar, with a synth soundscape from Kaitlyn Aurelia Smith and angelic harmonies from Virginia Astley rubbing shoulders with Booker T and Pink Floyd. Click on the links in ‘Right Place, Right Time’ to hear more.

Batch 192 22/03/2019 Dave Broom goes rummaging through some lesser-known distilleries (and Aberfeldy) this week.

Batch 190 08/03/2019 From Ardbeg Drum to Littlemill 40, this week’s reviews run the length and breadth of Scotland.
View All
Scroll To Top