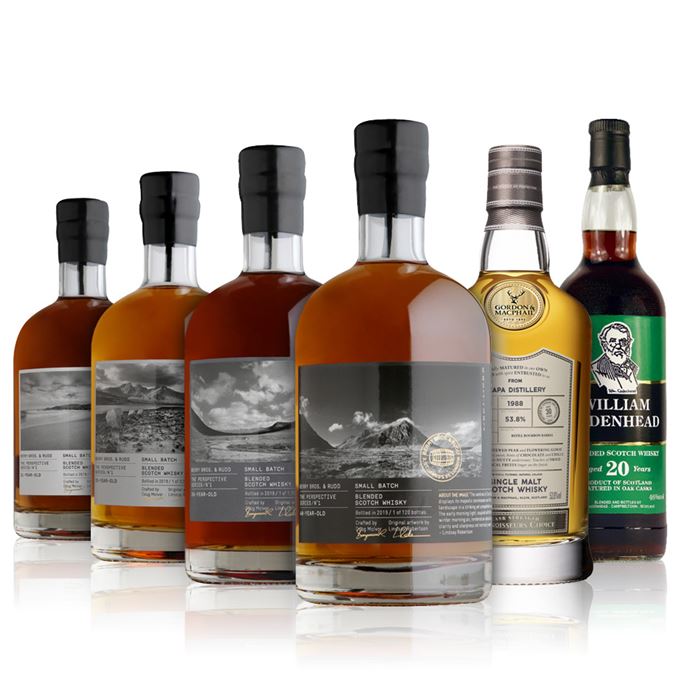 Dave Broom turns his attention to blends this week, with a look at the new Berry Bros & Rudd Perspective Series and the second batch of Cadenhead’s 20-year-old expression. Plus he still finds time to consider a new Scapa single malt from Gordon & MacPhail (G&M).

First up is the Perspective Series’ youngest entry. The 21-year-old is rich and resinous, and demonstrates some ‘lovely blending’ at play, though you may need to focus.

Notes of dry leaves, apples and cinnamon in the Perspective 25-year-old blend leave Broom reminiscing of autumn. Despite it being gentle and crisp, he finds the blend still holds its weight when water is added.

Old wax, tobacco smoke, ripe fruits, Brazil nuts – the 35-year-old Perspective blend is the most complex and restrained expression in the collection, according to Broom.

Finally, the 40-year-old offers a surprising seashore aroma on the nose, but despite its freshness Broom is left with the impression this blend has a hollow quality to it.

Moving on to the second batch of William Cadenhead’s 20-year-old blend, which is filled with super-ripe and plush textures. While not a complex whisky, Broom finds its feel-good richness difficult to ignore.

Finishing with a single malt from Scapa, Broom discovers an estery sweetness dominates. ‘It may not be to everyone’s taste,’ he says. ‘For me though, it’s a delicious afternoon dram.’

The playlist leaps from Snapped Ankles and audiobooks (sic) to The Meters, and raises a parting glass to the godlike genius of Scott Walker. All will be well.

Batch 192 22/03/2019 Dave Broom goes rummaging through some lesser-known distilleries (and Aberfeldy) this week.
View All
Scroll To Top