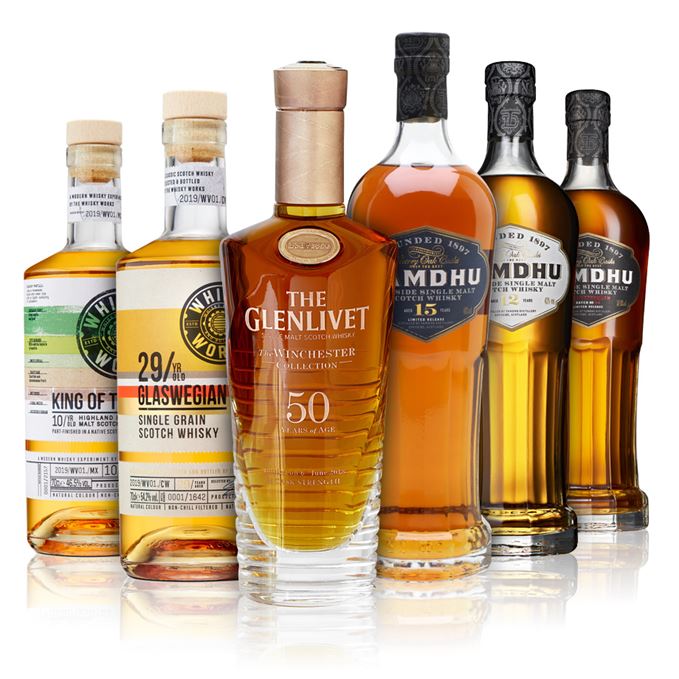 The focus for Dave Broom this week is on a trio of Tamdhus – as part of a catch-up on what’s been happening at Ian Macleod Distillers over the past few months. Broom also stirs in the first two releases from Whyte & Mackay’s Whisky Works, while Richard Woodard weighs in with his thoughts on the new 50-year old addition to Glenlivet’s Winchester Collection.

Glaswegian 29-year-old is the first single grain expression from The Whisky Works, the new experimental arm from blender Whyte & Mackay. Buttery notes and a sweet, dry finish have Broom saying it’s ‘worth a look’ – a promising start.

The Glenlivet Vintage 1967 is the third expression in the distillery’s Winchester Collection. With a subtleness that conceals its 50 years, Woodard finds this dram is the perfect escape from all the world’s nasties – alive or dead.

Back to The Whisky Works, this time for its King of Trees Highland blended malt part-finished in a single Scottish Highland oak cask. Despite its attractive floral tones, Broom finds the whisky is missing those expected Scottish oak notes.

Broom moves on to Speyside’s Tamdhu distillery, which has released a new 12-year-old single malt to replace its 10-year-old expression. A balanced, ‘rock-solid’ Sherried whisky with big, rich flavours, he says.

Continuing with Tamdhu Broom discovers surprising herbal flavours in the distillery’s 15-year-old limited release. ‘If the 12 has depth, then this has length,’ says Broom.

Finishing the Tamdhu tour is the no-age-statement, Batch Strength No.004. Signature Sherry flavours are balanced well with the high abv in this whisky, reminding Broom of Aberlour’s popular cask strength A’bunadh.

The playlist is topped and tailed by Glaswegians, and in between drifts off under the trees with Nick Cave, pauses to take five with Willie Mitchell, and pays tribute to the late Scott Walker.