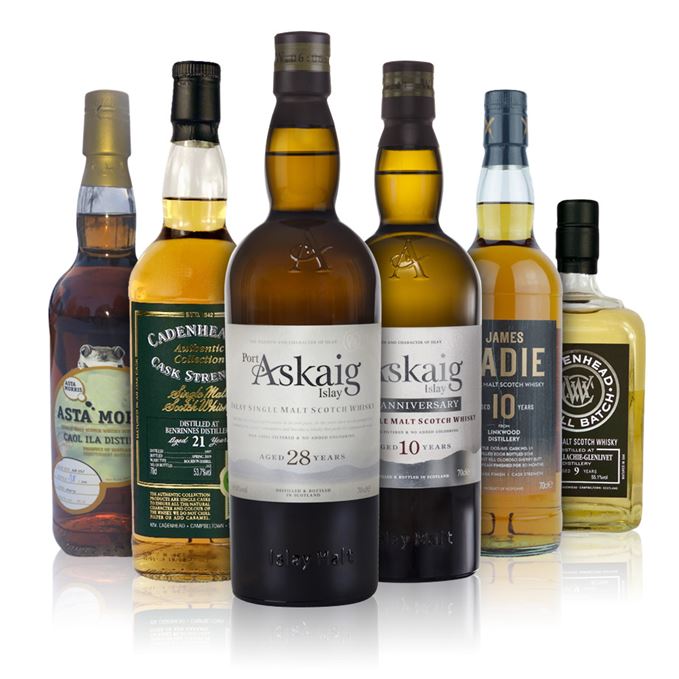 An abundance of bottlings from Cadenhead, Asta Morris and James Eadie are assessed in Dave Broom’s whisky reviews this week, while Port Askaig brings up the rear with its limited edition 10th anniversary expression and 28-year-old release.

The tasting begins with a 21-year-old Benrinnes from Cadenhead. While the Speyside whisky is a popular choice for blenders, Broom finds it a complex, meaty and mature dram that shines on its own.

Indie bottler Asta Morris flexes its muscles again with a seven-year-old Caol Ila that offers a weird-yet-wonderful combination of smoke, soap and soot.

A young Craigellachie from Cadenhead pendulates between sulphur and fruit, leaving Broom feeling it needs a few more years in the cask.

Islay single malt brand Port Askaig celebrates a decade of working with the island's peaty spirit with its 10-year-old anniversary expression. Moving between fruit, smoke and salt, Broom finds it a delicate dram with a calmness that belies its complexity.

Finally, Port Askaig’s 28-year-old malt, a Europe and Asia exclusive, brings waves of oil and fruit, youth and maturity that requires time for the whisky to come fully into its own.

The playlist this week shifts from the laid-back pastoral sounds of Jakes Xerxes Fussell, Nick Drake, and Donovan before ending up on the coast in the company of Nick Cave. Don Cherry and Swamp Dogg add bounce. Click the links in Right Time, Right Place.

Batch 197 26/04/2019 Compass Box’s Calvados-Scotch blend, plus the first releases from the Whisky Sponge.
View All
Scroll To Top