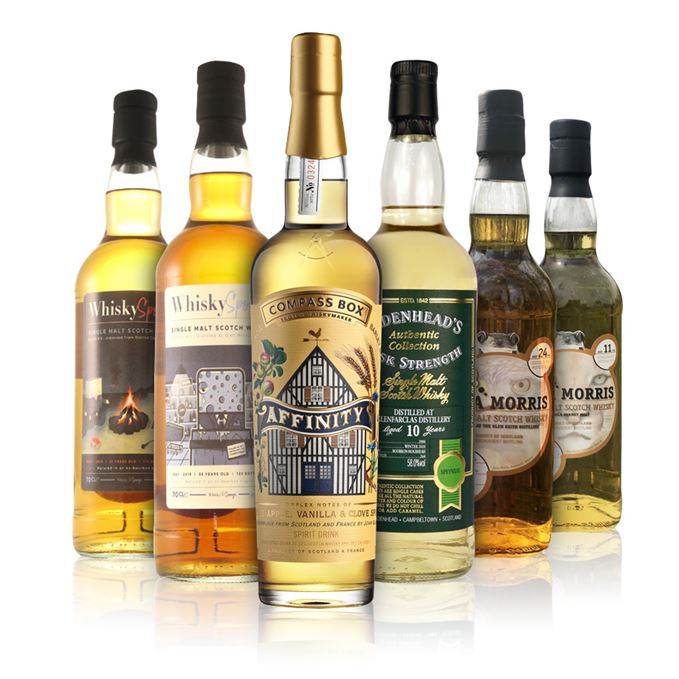 A new innovative Calvados-Scotch mashup from Compass Box precedes the first bottlings from satirical blogger the Whisky Sponge and a slew of Asta Morris and Cadenhead releases in this week’s new whisky reviews.

Next up is the first bottling from the whisky world’s favourite anonymous satirical blogger. A 21-year-old single malt from an unnamed Campbeltown distillery has a strong floral nose, pineapple and coconut notes – is Broom the only one feeling the urge to cha-cha on a tropical beach?

Indie bottler Asta Morris also returns this week with a highly perfumed 24-year-old Glen Keith which, once settled with a drop of water, becomes ‘generously mature’.

The Sponge’s second bottling, a Glen Moray 38-year-old, is characteristically apple-forward, though you may wish to leave the water on the side.

A hefty waft of smoke and oil from Asta Morris’s Orkney malt brings a savoury close to this week’s tasting. Wafting between cigars and peat embers, this whisky is equally at home lounging indoors with a velvet jacket, or in an anorak on the moor.

Batch 196 19/04/2019 Indie bottlers Cadenhead and Asta Morris duke it out with Tomatin and Writers’ Tears.
View All
Scroll To Top