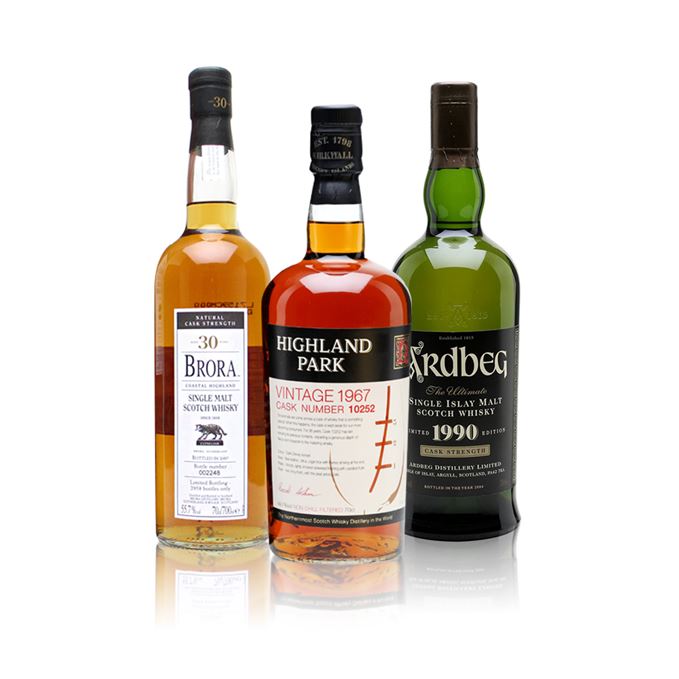 First to be assessed is an Ardbeg 1990, a ‘typical’ example of the distillery’s dry-sweet character that was produced while the distillery was under the ownership of Allied Distillers. It had reopened the previous year, having been silent since 1981, though its production was somewhat intermittent and its future hung in the balance.

Broom moves onto a butyric (sour milk) Brora distilled in 1977, some six years before the Highland distillery closed. The bottling is one of the first whiskies produced at the distillery following its heavily peated period during the 1970s – Brora was used to supply the DCL’s heavily peated quota while Islay’s Caol Ila was being rebuilt from 1972-74. From 1977, Brora’s peating level dropped, although the distillery occasionally produced heavily smoky runs during periods of drought on Islay. This expression is one of the intermittent peaty bottlings.

Lastly, a ‘superlative’ example of Highland Park, a 36-year-old single malt distilled in 1967 demonstrates complex notes of delicate honeyed fruits, Moroccan spices and rancio. The Orkney distillery was at this time owned by Highland Distillers (which became part of Edrington), and the majority of its malt was destined for blending. Its first single malt bottling didn’t appear until the late 1970s (as an eight-year-old).

Rare Batch 26 25/09/2017 Dave Broom revisits three legendary Port Ellens, but wonders if the liquid is worth the hype.

Rare Batch 24 26/07/2017 The first SMWS bottling of Longrow, plus a lesser-spotted Inchgower and a Tomatin from the 1970s.
View All
Scroll To Top