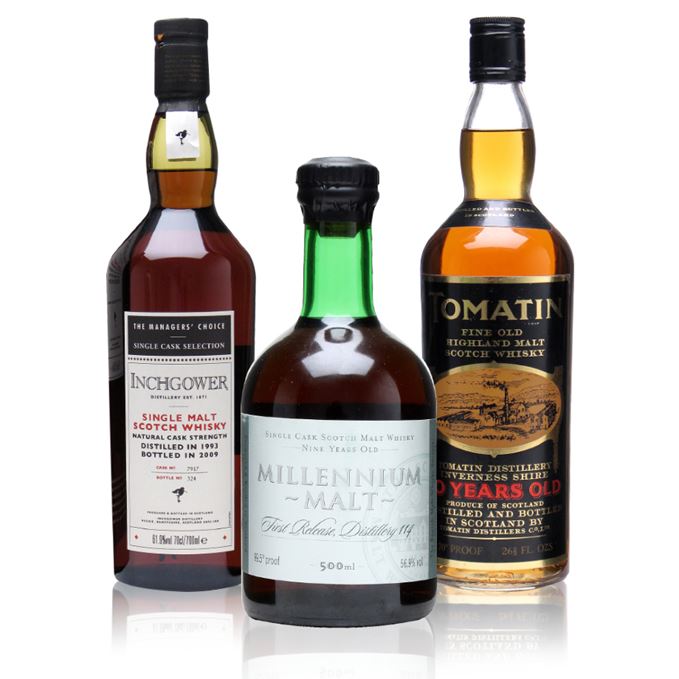 This batch of rare whisky drawn from the vaults by Dave Broom spans the spectrum in geographical and flavour terms, moving from the Highlands to Campbeltown, and from a gentle sense of faded beauty to an exploration of dark peatiness.

We start with Longrow, Springbank’s peated variant, and the first bottling by the Scotch Malt Whisky Society of this distillery (number 114). Distilled in 1990, it was bottled in 1999, at a time when millennium fever was at full-pitch. Broom is beguiled by its rich, oily, meaty character.

Now we’re off to Speyside and the lesser-spotted Inchgower, one of the workhorse distilleries used by owner Diageo to supply its many best-selling blends. There’s no disguising Inchgower’s intensely spicy character, but the combination of active cask and spirit make for an off-kilter, sulphurous experience.

We end at Tomatin, and a faded bottling of the distillery’s 10-year-old expression probably bottled in the 1970s. Broom detects echoes of some beautiful whisky here, but its true potential remains frustratingly elusive, possibly because of bottle fatigue.