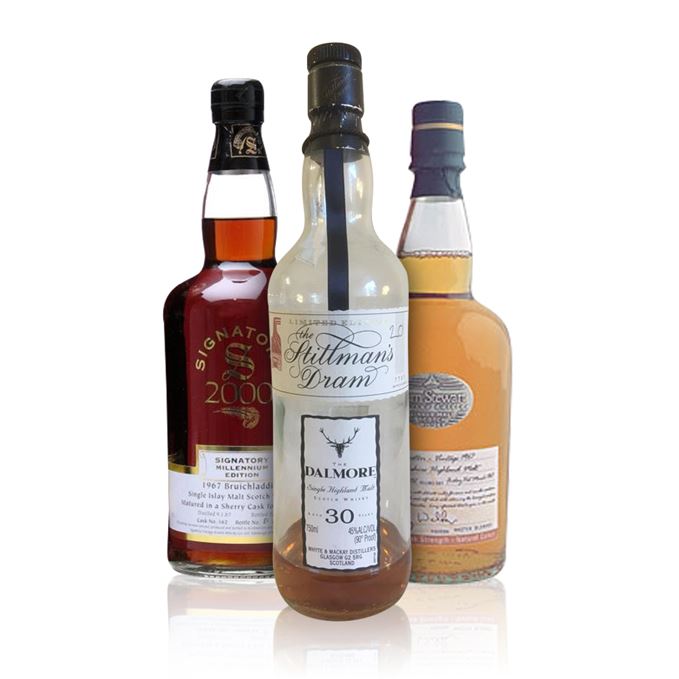 Middle-aged single malts are the theme of this week’s old and rare whisky reviews. Angus MacRaild digs into the archives and unearths three assorted older drams, from the lauded to the obscure to the underrated.

Age is a much-debated topic in these NAS-dominated days, but while not all longer-matured whiskies shine brightly, MacRaild argues that, more often than not, many whiskies show remarkably well around the 30-year-old mark.

That is epitomised by our first whisky, a 32-year-old single Sherry cask Bruichladdich from Signatory, also distilled in 1967. This has long been appreciated as an exquisite example of distillate and top-notch, old-style Sherry cask working in harmony. MacRaild can’t find any reason to disagree with this common assessment.

Next under the nose is a Dalmore 30-year-old bottled under the official Stillman’s Dram series for the US in the 1990s. MacRaild finds it to be fine but, given the calibre and ageing potential of Dalmores from this era, something of a let-down.

On the flipside is Deanston 35-year-old. Distilled in the year of Deanston’s opening in 1967, this is a little-known bottling from a distillery which doesn’t always earn much street cred among enthusiasts. However, as MacRaild discovers, it’s something of a pleasant surprise.

Rare Batch 33 28/02/2018 Three old bottlings that demonstrate the variety available in whisky’s back catalogue.
View All
Scroll To Top