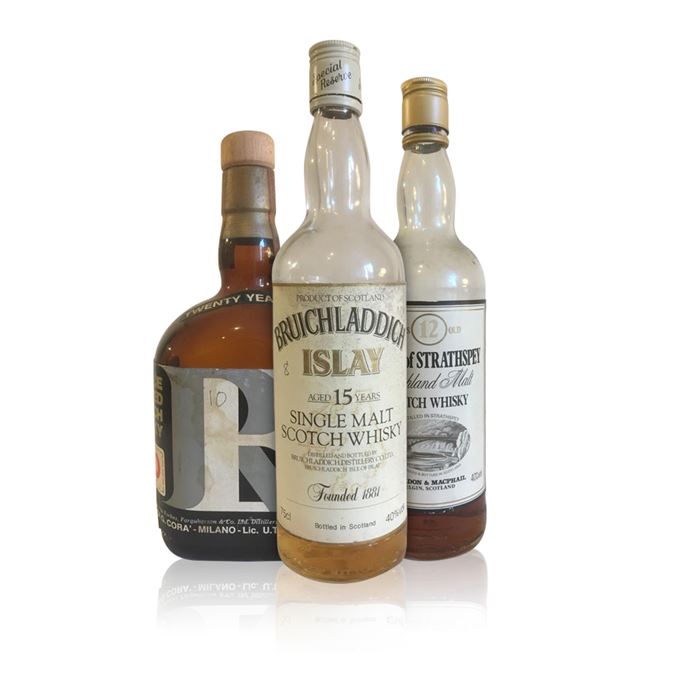 After a run of tastings featuring some painfully expensive and often unobtainable whiskies, Angus MacRaild is keen to explore the more affordable end of the old and rare spectrum.

Buying and tasting old-style whiskies need not break the bank, he argues, and, with this in mind, he has selected three whiskies which can all be picked up at auction or from a specialist retailer without re-mortgaging your house.

First up is an old official UK bottling of Bruichladdich 15 Year Old from the 1980s. MacRaild finds that, even with the rather low bottling strength, there are some beautiful and classic Bruichladdich characteristics on display. And the lightness proves to be an asset in what is a supremely ‘quaffable’ old malt.

Following this, another old malt which regularly goes under the radar and changes hands for buttons at auction: Gordon & MacPhail Pride Of Strathspey 12 Year Old.

MacRaild finds it a brilliant and wonderfully accessible demonstration of older-style Sherry maturation – one that offers the drinker an inexpensive way to enjoy the classic 1960s style of Sherry-driven Speyside malt.

However, the winner in this session is, unusually, an old blend in the form of Reliance Blended Scotch 20 Year Old, bottled in the early 1970s by Forbes Farquharson & Co for the Italian market.

This company was a subsidiary of Bell’s at the time, so the stocks would have been almost identical to those going into the Bell’s Royal Reserve 20 Year Old blend, with component malts most likely including Dufftown and Blair Athol. MacRaild finds it an exceptional blend which offers a fascinating and reasonably-priced insight into the malt whisky flavours of that era.