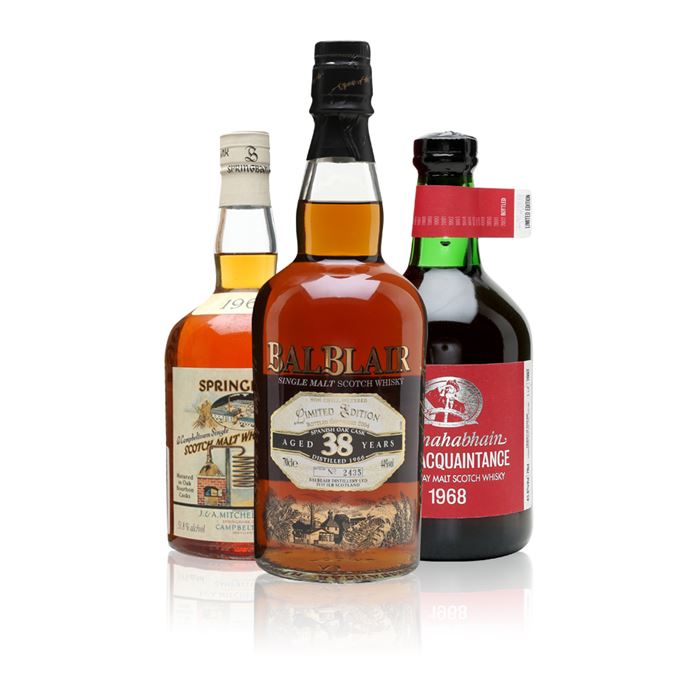 For this week’s reviews Angus MacRaild has selected three bottlings, all released since the turn of the millennium, which have subsequently passed into legend and become considered – for various reasons – important or benchmark bottlings for their respective distilleries.

First up is the much-loved 1966 Balblair 38-year-old. Released in 2004, this was a bottling which really put Balblair on the map for many fledgling whisky lovers. Having tasted it on several occasions over the years, MacRaild still finds that it holds up beautifully.

It’s something that MacRaild feels could equally be said of the Bunnahabhain 1968 Auld Acquaintance, a bottling that has since accrued a mighty reputation. Like the Balblair, it did wondrous things for its distillery’s broader reputation. Unlike the Balblair, this is the first time since its original release that MacRaild has tasted it, and he finds a superlative whisky undimmed by time, or the occasionally perilous prism of long-standing critical acclaim.

Finishing off the session is a rare 1966 Springbank Local Barley, bottled in 2000 for Taiwan. While MacRaild doesn’t find this rarity quite up to the same standard as the Balblair or Bunnahabhain, he feels it still perfectly illuminates the ongoing, and justified, fascination that this great and influential series of bottlings continues to receive.

Rare Batch 37 25/04/2018 Three legendary (and rightly so) SMWS bottlings, including the very first from the society.
View All
Scroll To Top