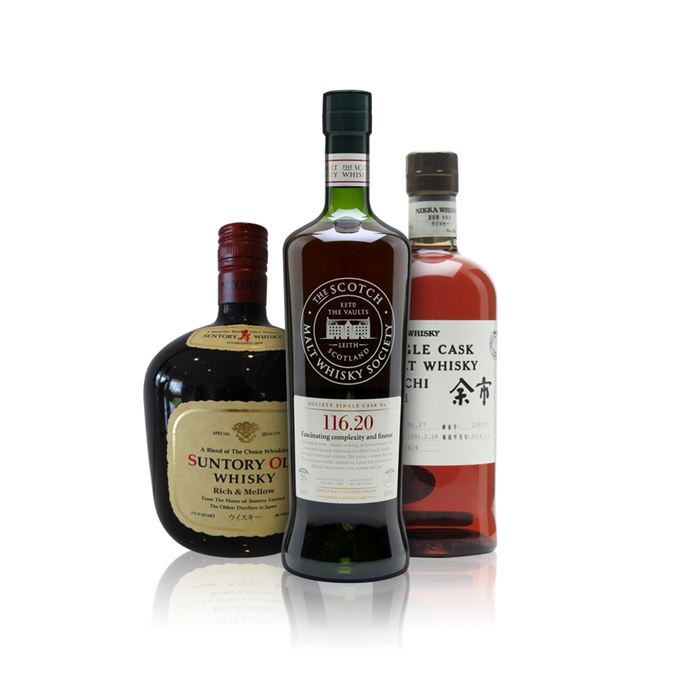 For this week’s old and rare tasting Angus MacRaild takes an olfactory trip to Japan and encounters two rather extreme ends of the country’s quality scale in the process. While it’s well known that many of Japan’s whiskies can be spectacular, there is also an ocean of obscure products labelled as ‘Japanese whisky’, which are anything but.

As MacRaild recalls – somewhat painfully – with a ‘rough, raw’ Suntory Old Whisky bottling from the 1990s, Japan’s whisky regulations allow for the addition of whiskies from other countries to be used in a blend. Often whiskies or young spirits that come from Scotland, the US, Canada and any number of other countries, can be used without declaration in bottlings such as this.

Thankfully the very best of Japan is on show in a pair of aged, single cask Yoichis. The first of which is an official bottling from Cask #129459, distilled in 1991 and bottled in 2014, which delights MacRaild with its spicy, medicinal muscle and intensity.

The second is a 26-year-old, 1987 vintage from the Scotch Malt Whisky Society (SMWS), which has been matured, unusually, in a virgin oak puncheon. It’s something MacRaild notes that few distillates would have the character and stamina to withstand for so many years, however in this instance the Yoichi identity emerges not only victorious but ‘fascinating’ and in compelling form.