Whiskies of the Year 2016: Becky's picks 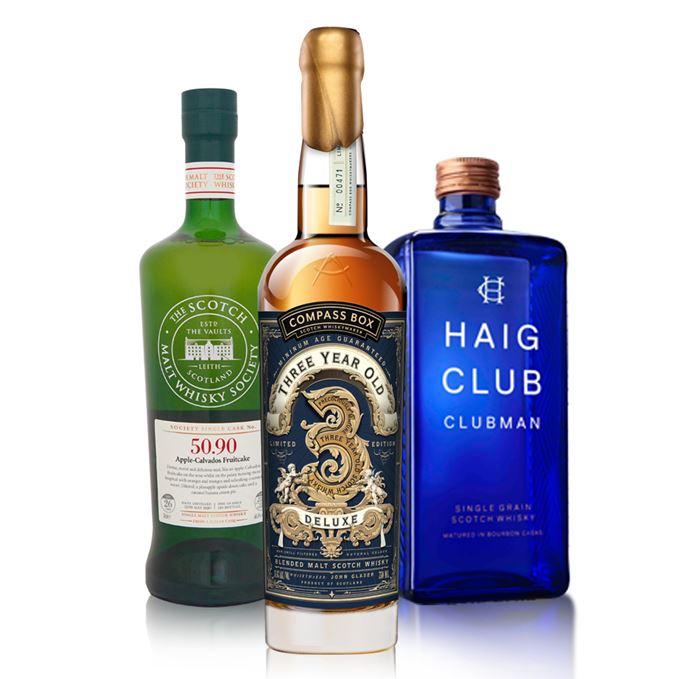 As you can imagine, choosing your three top whiskies of the year is not a simple task. For starters there are so many to choose from (we’ve reviewed a whopping 324 new releases on Scotchwhisky.com this year alone), but then where do you start? What is it about a particular bottling that guarantees it a spot in your esteemed chart?

Of course flavour and complexity is important, as is a lasting impression. The very best whiskies are often the most memorable, but flavour is only part of the story.

A whisky’s ability to leave an enduring imprint depends, in part, on the time and place in which it’s experienced – and the people you’re with. Often that Eureka moment is a very personal one, which is why my first whisky of the year is forever intertwined with a special memory of comfort and belonging.

The Scotch Malt Whisky Society’s 26-year-old Bladnoch was a dram I managed to sample by chance just a few weeks ago. I say by chance, because even in the midst of the infamous, soul-destroying Southern Rail strikes, which have left me abandoned, freezing cold at stark rural stations in the middle of the night, or stranded at home in Brighton for weeks on-end, I managed a jaunt to the SMWS in London. Unless you’ve been caught up in the strikes it’s difficult to imagine the endless stream of cancellations and permanent expectation of disappointment. But there, at the SMWS, a warm welcome awaited in the guise of a roaring fireplace, SMWS ambassador John McCheyne and venue manager Sam Macdonald. Right then, in that moment, the rich, fruity unctuous SMWS Apple Calvados Fruitcake was like a warm, reassuring hug. With a whisky like that by my side I knew I’d never be afraid of a cancelled train again.

My second choice has been made more out of respect for the bottler behind it. While Compass Box has never been shy of pushing the boundaries within Scotch whisky, this year saw the release of a three-year-old blended malt as a statement on the rigidity of transparency in Scotch whisky labelling. It’s a statement dram, yes, but delicious also, and with a suitable vibrancy for what is for the most part really a 24-year-old whisky.

Lastly, a controversial one for you all. Haig Club Clubman was never intended as a dram for whisky connoisseurs, so while it may not be every malt enthusiast’s cup of tea, it is one of my whiskies of the year. Why? It’s a sweet, easy-drinking crowd pleaser, designed to mix with cola – the biggest-selling mixer in the world. Vodka’s doing it, so’s rum and American whiskey. Heck even brandy and Coke is okay. The only brown spirit not making the most of its cola mixability so far is Scotch. With Diageo’s finance and David Beckham’s face behind the brand, Haig Club Clubman is the industry’s best shot at reaching more potential whisky drinkers who will then, in turn, begin exploring the wonderful, diverse world of Scotch. I prefer it with Diet Coke, but I urge you to try it for yourself.