Whiskies of the Year 2017: Richard’s picks 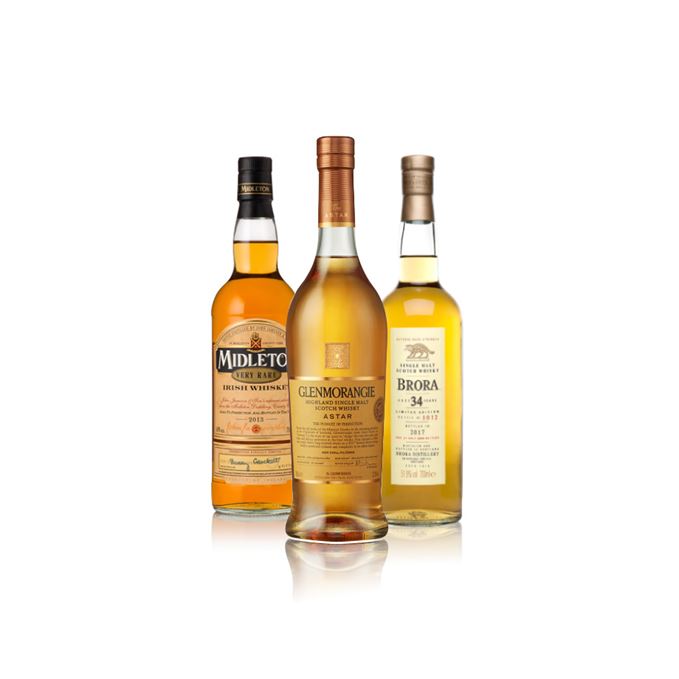 Any end-of-year whisky review is only partly about the liquids sampled over the past 12 months; the moments, the people you shared those drams with… they nudge their way into your consciousness, and before long it’s hard to separate the flavours in the glass from the memories that swirl around them.

But not everthing goes to plan. The idea of tasting Ardbeg’s outstanding new An Oa expression on Islay’s windswept Oa peninsula was great in theory; in practice, low clouds sent us scuttling back to Glasgow for an impromptu tasting in a hotel by the Clyde. Not quite the Old Kiln Café, but the superbly assembled whisky stood up brilliantly to its less than glamorous relocation.

A pilgrimage to Pulteney in Wick was an introduction to one of this land’s most remarkable fishing ports (watch out for a feature in the new year), with a distillery to match. Heath Robinson doesn’t begin to describe it… When you go, try some of the rich, characterful new Old [Is this right? – Ed] Pulteney bottlings.

My top three? Well, I’ve tried to focus on what the most outstanding liquid I’ve tasted – but, even here, the context of their consumption keeps coming back.

Spending time with Bill Lumsden at Glenmorangie is always an experience; throw Charlie MacLean into the mix and you have a memory for life (and the potential for trouble). Cycling in the still house was one of the minor highlights.

Glenmorangie’s relaunched Astar blew me away with its sheer bravado, using the medium of cask to push distillery character to the edge, but without sacrificing balance in the process.

Tasting Diageo’s annual batch of Special Releases is all the more, well, special, when you’re lucky enough to do so in the company of Maureen Robinson, the master blender who celebrated 40 years with the company in 2017.

My personal highlight was the whisky chameleon that is Brora. This gentle, ethereal malt spoke softly of the 34 years it had spent in cask; a wistful reminder of past greatness and, let’s hope, a hint of what’s to come.

And so to Ireland, the unveiling of Midleton Very Rare 2017 and a remarkable retrospective tasting of all 34 releases. Place, time and people again: master distiller emeritus Barry Crockett in a dimly-lit warehouse, recalling the launch of Very Rare in 1985, and the fuss over the ‘exaggerated price’ of IR£40 a bottle.

Midleton Very Rare 2013 stands out for more than one reason. Its depth and complexity, and the way its power builds slowly to a crescendo, is reason enough. But also…

I asked Crockett if he had really pulled out all the stops on the 2013, given that it was to be his last Very Rare before retirement (Brian Nation took over as master distiller from 2014).

I should have known better. A withering look. ‘The fact that I knew I was going to be 65 didn’t change anything,’ he said.

Shall we move on?