Whiskies of the Year 2018: Becky’s picks 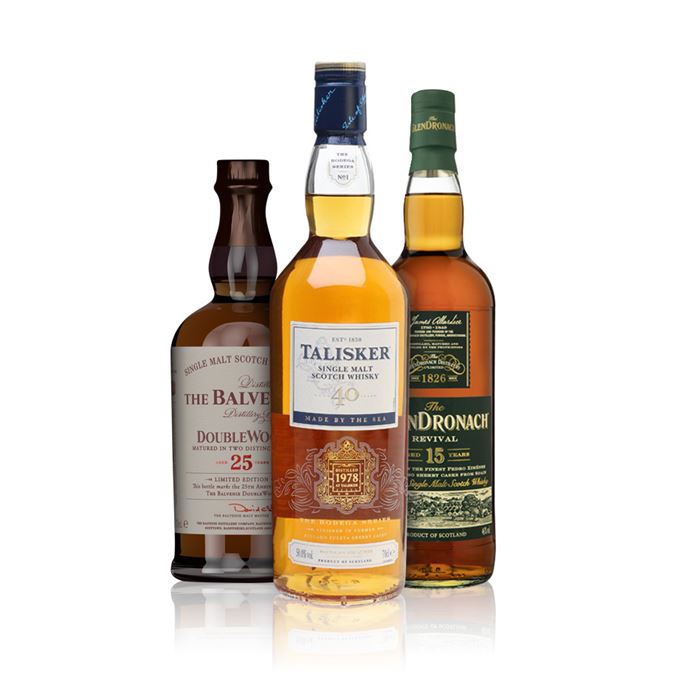 Whisky lovers are naturally curious folk, but the one question I’m asked more than any other is ‘what’s the best whisky?’ The answer is the same as if they’d asked me to name my favourite song: it’s completely subjective, it changes from day to day and much rests on the time and place in which it’s enjoyed. It’s whatever sends a shiver down your spine in one precise moment in time.

That said, there have been plenty of drams that have gotten me excited this year. I’m known as a sucker for well-matured grain whisky, so the inclusion of a 48-year-old Carsebridge in Diageo’s Special Releases was a treat, as was the first official release from the now silent North of Scotland, and the anniversary bottling of Compass Box’s Hedonism, The Muse.

The reintroduction of a new Mortlach range was a highlight, particularly the new 16-year-old, while a Talisker eight-year-old – again included among Diageo’s Special Releases – was an eye-opener. Fingers crossed it will following the footsteps of Lagavulin 8 Year Old and be released as a permanent expression.

But one can only choose so many – in this case three – whiskies as the best of 2018’s bunch.

For me, the Balvenie DoubleWood 25 Year Old, created to celebrate 25 years of the Speyside distillery’s flagship expression, is a fitting tribute to both the now widely-adopted art of double maturation and malt master David Stewart’s skill. Fully matured in American oak casks for 25 years, and given a three-month finish in ex-oloroso Sherry casks, the whisky is lusciously fruity and delicately spiced. A superb drop – and considering the number of distilleries now adopting double maturation – a timely reminder of how far the Scotch industry has come in just quarter of a century.

It appears my whiskies of the year were like buses, with two springing up in the same batch come October. Released at the same time as the Balvenie was the return of an old favourite, GlenDronach Revival 15 Year Old. Removed from shelves for three years, the expression returned with a new recipe as a chewy, fruity Sherry bomb, having been matured in both ex-PX and oloroso casks.

Last but not least, this year saw the launch of Talisker’s Bodega Series, a line of single malts matured in a range of Sherry casks. The inaugural edition, Talisker 40 Year Old – the oldest released by the distillery into global markets – had been finished in 40-year-old amontillado Sherry casks from Delgado Zuleta. Brimming with white-fleshed fruit, herbal notes and a touch of smoky salinity, it’s one of the finest whiskies I’ve tasted this year.

Whiskies of the Year 2018: Richard’s picks 27/12/2018 Celebrating a feral Ardbeg, a seamless Johnnie Walker blend, and an ethereal old Tomatin.

Whiskies of the Year 2018: Dave's picks 25/12/2018 Indie bottlings of Glen Elgin, Mortlach and Caol Ila most impressed Dave Broom this year.
View All
Scroll To Top