Laphroaig’s short-lived (and despised) neighbour which was also known as Ardenistle and Kidalton.

Already in the 1830s whisky from Laphroaig enjoyed a formidable reputation, so two Scots financiers built their own distillery next door.

The distillery, which endured a series of name changes from Ardenistle to Kidalton to Islay, only lasted three decades yet its equipment lived on as part of Laphroaig following its closure in 1866. Sadly, details on its operation and whisky style have not survived. 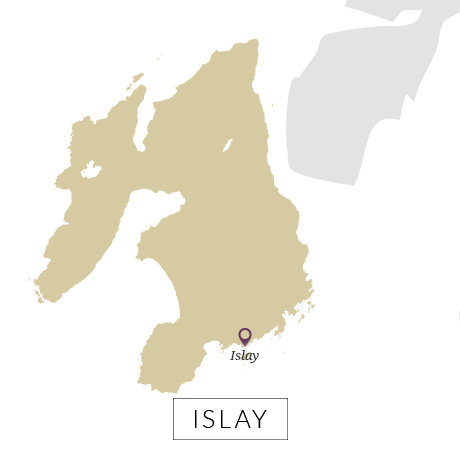 Laphroaig had been established by Alexander and Donald Johnstone in 1815, but just decades after its construction its reputation attracted the attention of two Scots financiers, James and Andrew Gardiner. In 1837 the duo bought some land adjacent to Laphroaig, built their own distillery and recruited two Stein brothers, also James and Andrew, to run it, all in the hope of emulating Laphroaig’s success. They may have been the first to attempt to replicate Laphroaig, but they certainly weren’t the last [see Malt Mill].

The distillery, which was originally named Ardenistle, ruffled a few feathers next door, and the Steins found themselves in a protracted argument with Donald Johnston over water rights (ironically, water continued to be a source of contention between the owners of Laphroaig and Lagavulin in the early 19th century, with the latter blocking the former’s access entirely).

James and Andrew Stein took charge of the distillery around 1840 and distilled until 1846, when Andrew died (Donald Johnston tragically also passed the following year after falling into a vat of boiling pot ale).

After a silent period, James Morrison took on the licence in 1849 and changed the distillery’s name to Kildalton, though it closed again after three years.

The distillery then passed through several hands, including Hunter & Sharp (which renamed it Islay distillery), John Cassels and William Hunter, until its final closure in 1866.

Those parts of the distillery not incorporated into Laphroaig were finally demolished in 1868.