A lost farm distillery located west of Bankfoot in Perthshire.

Souterhill Farm sat west of Bankfoot, close to the Garry Burn, on an unnumbered rural road, just north-west of a local manse. It was south of Airleywight, a farm and onetime weaving mill that was once a major employer in the area. 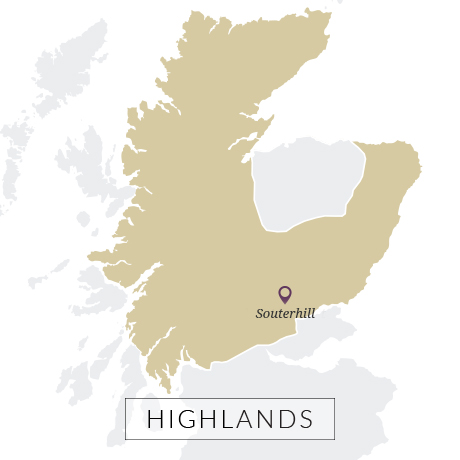 Souterhill distillery, also spelled Soutarhill, was first licensed to James Duff in 1798 and closed that year or soon after. It was then noted as ‘operating’ in 1816-17, but the distiller's name at the time is not recorded. Finally, it was re-opened by Andrew Puller & Co. in 1818, but finally closed the following year.

Souterhill was still listed in 1912 under one Robert Menzies, farmer and miller, but disappeared from maps after WW2. The buildings that once stood there have since been demolished.