The ‘world’s lightest Scotch’ was a blended whisky with a large following in the US.

Ambassador is a discontinued export blend first created by Glasgow blender Taylor & Ferguson Ltd, which was a big success in the US but unknown elsewhere. Over the years it was available as De Luxe, De Luxe 8-year-old, 12-year-old and Royal 12- and 25-year-old. It is likely that the constituent malts included Scapa and Glen Scotia at some point due to the brand’s ownership. It is not known what its make-up was and is very much an auction item now.

Ambassador was then bottled for export either under the Bloch Brothers name, or Taylor & Ferguson’s. In 1954 Bloch Brothers was acquired by Canadian group Hiram Walker & Sons after the Bloch brothers decided that distilling was not for them. A failed attempt to resurrect Glengyle distillery in Campbeltown had affected them and they were both getting on in life.

The tagline on the 1970s labels was ‘Scotch at its World’s Lightest’, and Ambassador continued to be available, principally in the US, until the late 1980s. 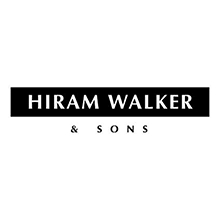