A pungent question this week on how certain flavours – sulphured, meaty tones especially – find their way their way into your glass. Blame the worms, says the Whisky Professor. 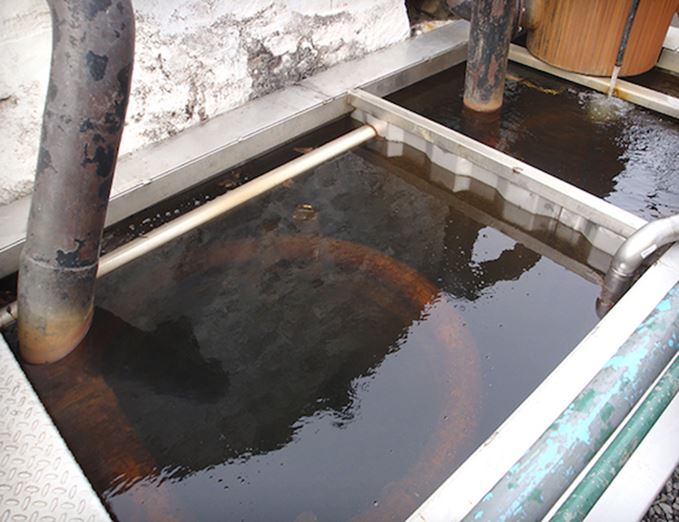 The worm that turns: Edradour is one distillery still using worm tubs

I tried a malt whisky in a shop the other day which was variously described by the assistant as ‘funky’, ‘meaty’ and ‘sulphury’ (but, apparently, in a good way). I could taste what she meant, but when I asked how those flavours were produced, she just winked and said ‘worm tubs’. Whatever did she mean?

Dear Lou (if I may be so presumptuous as to call you by your first name),

To get to the answer to your excellent question we have to take a step back and look at what stills are made of. Copper. This metal has the frankly marvellous ability to hold on to heavy elements contained within alcohol vapour.

One of these elements is sulphur, which is produced naturally within barley. The more prolonged the contact between the vapour and the copper inside the still, the more of these heavy elements will be removed.

This also extends to the condensing system. Today most distilleries use ‘shell and tube’ condensers, consisting of a copper ‘shell’ containing a hundred or so small copper tubes. Cold water runs through the tubes so that when the hot vapour hits them, it turns back into liquid. As there is a huge amount of copper in this system, so the heavy elements are once again removed.

The other way of condensing is through a worm tub. This is the traditional method of turning vapour back into liquid. The ‘worm’ (the old name for a serpent) is a coiled pipe sitting in a bath of cold water. There is less available copper in this system than in the shell and tube condenser. Result? Less efficient removal of these heavy elements.

It’s important to emphasise that some distilleries want to make a heavy new make style. It is part of their character.

In many of these, the mature spirit has no trace of sulphur at all – Glenkinchie, Dalwhinnie, Royal Lochnagar, Oban, Glen Elgin, Speyburn and so on. All, however, have a rich mid-palate texture to them, given by the worm.

In some distilleries, however, the distillation is run in such a way as to help cut down on copper and this helps to produce this ‘meaty’ character: Mortlach and Benrinnes are two prime examples. They smell of roast beef, Marmite, Bovril and so on.

Maturation in ex-Sherry also seems to help as these casks have their own savoury note. You can see some meaty elements in Craigellachie, and Pulteney as well.