All that’s wrong with sulphur in whisky

Sulphur flavours in whisky can appear in many different forms: meaty, vegetal, struck matches, rotten eggs. For some, they add character to a dram – but don’t try telling Felipe Schrieberg that. To him, sulphur in whisky is the work of the Devil. 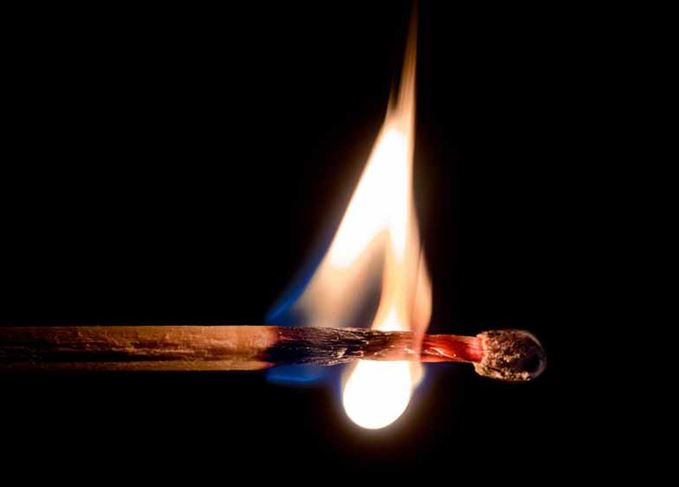 Strike up a conversation: Sulphur aromas such as struck matches make for widespread debate

In the introduction to the 2013 edition of his Whisky Bible, celebrated and controversial whisky critic Jim Murray spends a few pages thundering about a threat to all whisky as we know it. ‘We are facing crisis time,’ he warns.

He’s referring specifically to certain sulphur flavours that can sometimes be found in certain Sherry cask whiskies. Burnt matches or burnt rubber, rotting eggs, gunpowder. There are whisky lovers who don’t mind these sulphur-based aromas. Dave Waddell wrote in 2015 for Scotchwhisky.com: ‘Personally and occasionally, I like a lick of the brimstone. I like its incongruousness. I like the meat, and sometimes, if not allowed to dominate, the wonkiness of the sulphured cask.’

In his article, Waddell summarises well the various reasons sulphur presents itself in whisky. It can come from many casks that were fumigated with sulphur candles, which in turn affected the whisky that filled them. Other tired casks were ‘rejuvenated’ by filling them with a little bit of a concentrated form of Sherry known as paxarette, which made whiskies taste slightly sulphurous. Sulphur compounds bound to proteins are also involved in the distillation process itself.

However, I’m on Team Murray. Certain sulphur flavours in whisky are horrible to have in the glass. Whiskies that do indeed contain unpleasant sulphur, such as Glenfarclas 15, certain Mortlach whiskies, Tobermory expressions or the hell pit Cantina Mexicana released by the Scotch Malt Whisky Society, are very nasty whiskies to me. It’s an exaggeration to call the sulphur taint a ‘crisis’, but it does pop up here and there, and ruins a whisky I wanted to enjoy.

But what does a ‘sulphurous’ taste mean? I see it as a blend of burnt matches and rotten eggs on nose and palate. These can be produced by hydrogen sulphide for that rotten egg smell and sulphur dioxide (the product of that burning sulphur candle) for burnt matches.

I’m also generalising too much in claiming that all sulphur is bad in whisky. It’s important to note that sulphur by itself is odourless. In fact, some sulphur compounds can be responsible for meaty and grapefruit aromas – certainly not a bad thing.

Humans are usually extremely sensitive to volatile sulphur compounds (VSC), including those that present themselves in whisky. From an evolutionary perspective, it is because of certain molecular sulphur combinations, which emerge from the results of protein degradation, that we can smell putrid or rotting food (or dead bodies), bad breath, the nasty scent produced by a skunk’s butt scent glands, and plenty more. Why on earth would you want to get a whiff of this in your whisky?

Based on a study of sulphur in whisky (Jack FR et al, 2008), here’s a quick primer on the aromas of a few different sulphur compounds that can be found in whisky. While some of them sound nice, bear in mind that in high quantities they would all be pretty unpleasant. Most of the time, many of them will be present but almost impossible to detect due to the various processes that get rid of them. They do come through occasionally, though, in ways both good and bad:

Thiazole – a mix of fish and rotting animal corpses

Waddell makes clear that modern distilleries have numerous methods to deal with the nastier compounds. They can avoid over-long fermentations and ensure maximum sulphide to copper contact during distillation (copper helps remove bad sulphur compounds). Cask maturation (remember the minimum three-year maturation for Scotch whisky) also has a big role in helping these compounds evaporate and go away.

To me that makes it all the more heinous when they do come through, and are allowed to sneak into my glass. It is not ok. It is not enjoyable. And if you do like it, I’ll boil you up a rotten egg so you can eat that and enjoy it alongside your terrible dram.

Or, we can just agree to disagree.