We all want whisky to be inclusive, fun and enjoyed by as many people as possible in all its forms. And yet an attitude persists in certain parts of the whisky world that runs entirely contrary to this philosophy. After attending a recent event that encapsulates this elitism, our anonymous Whisky Insider says it’s time for a change. 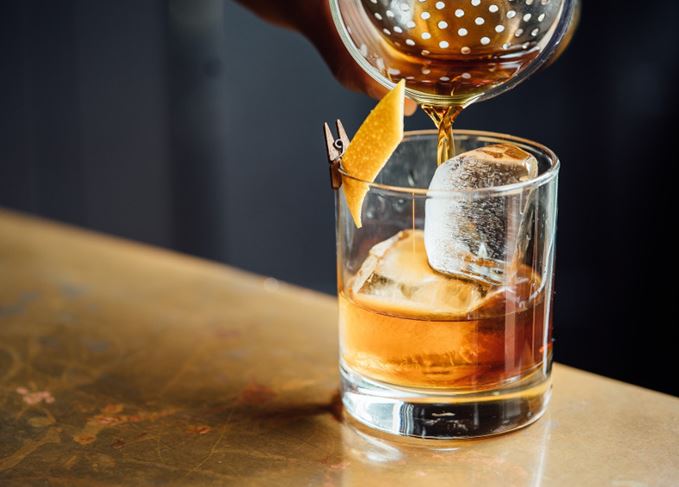 Mix it up: Drink your whisky as you like: straight up, on the rocks or in a cocktail

As those of us who work in whisky know, ours is a category steeped in an image of yesteryear: pipe and slippers; just for old men; to be drunk straight (God forbid that you should add ice – pure sacrilege); single malts are better than blends.

As ambassadors of the whisky industry, we must be empathetic about these stereotypes with consumers. Why empathetic? For it was the industry through marketing and advertising that created this image.

This advertising has evolved over the years: even just 20 years ago we saw two polarising campaign themes (pin-up models vs ‘drink this and you’ll be successful’), which were miles away from today’s millennial/experiential focus; but the change isn’t going to happen overnight.

Thus our main role is education. Obviously we work for different companies and have our own brands, but at the end of the day we’re all friends – we respect each other – and we’re all there to educate about the category in general. As such, we (should) focus on:

Inclusivity. Scotch is for men and women, young (above legal drinking age, obviously) and old.

Flexibility. It can be mixed! And, due to the huge spectrum of flavours out there, the occasion you’re drinking it on is key to the whisky of your choice.

The basics. That a single malt and a blend are both a marriage of casks – that one is not ‘better’ than the other.

Having worked in the whisky industry for numerous years, and for a number of different companies, I am firmly embedded within the category and have witnessed a lot – including this exciting, forward-facing move towards the new.

Whisky is exciting – it’s vibrant – and truly we are seeing a dynamic shift in attitudes with a level of positive intensity that we’ve never seen before. And please do take this away, first and foremost, from this piece.

Malts vs blends: Both are a marriage of casks, neither is superior

However, there are some around the whisky world who are refusing to pick up on this new view (or they only do so when it suits them) and who continue to preach about the ‘old’ whisky – messaging that will just do negative things to the industry and its acceptance among those who aren’t at retirement age.

Recently I attended a certain whisky festival, advertised as ‘a once-in-a-lifetime event for many… the only event in the world where you get to sample the most premium, rare, unique and expensive whiskies from all the major houses around the world’.

I won’t go on about the main event, but needless to say it was comedically full (mostly, not all, but mostly) of middle-aged men in suits, ‘the older the better’ mentality, and – let’s face it – those who buy for investment and a validation of discernment.

There were, however, two incidents that are the main reasons for writing this article.

The first: I had four people come up to me and apologise about the patronising way someone on their table spoke to me about my career progression at the ‘whisky speed dating’ dinner that had happened the night before. The same person that, when we met, just stared at my legs and said: ‘You’re ravishing. I bet you wake up like that.’

As you’ve probably figured out by now, I’m female (shocker). As such, in what is considered to be a male-dominated industry, I’m unfortunately used to a little of this ‘banter’ and am thick-skinned; comments do come around every now and again – but never to that skin-crawling level.

I thought the world – and whisky – had come further than this.

1: In what universe does this man think this is an acceptable thing to say to a stranger?

2. Why wouldn’t I know as much (or more) about whisky as my male counterparts?

(Not) a man’s world: Whisky should be inclusive of everyone over the legal drinking age

The second incident: on the final night, a speech was made by an extremely highly-regarded figurehead of the industry to all the ‘high rollers’. The main points taken from this speech (or, should I say, preach) were:

I know it’s his regular routine, but it’s wrong on so many levels and painfully anachronistic. Sadly, it’s also representative of the views of too many people in the broader whisky community too.

This thinking – and this preaching – has to stop. And, when it comes from someone like this individual, it just reinforces more of these stereotypes that we must (and, for the majority, are) shake off as an industry, as they’re just not true.

And, if we want the industry to thrive, we must move forward! The new age whisky drinker doesn’t believe in this shit; yes, they respect tradition and heritage – they are so important and a huge part of what makes Scotch whisky special – but they want to bring into their world brands that represent who they are – and we don’t want to be known as bigoted, sexist, boring old men.

There seems to be this odd comfort in the old tradition – in behaving like this. And it’s boring. We spend millions on these brands to be wide-reaching and inclusive, to then have that dented by this sort of audience taking us back 20 years.