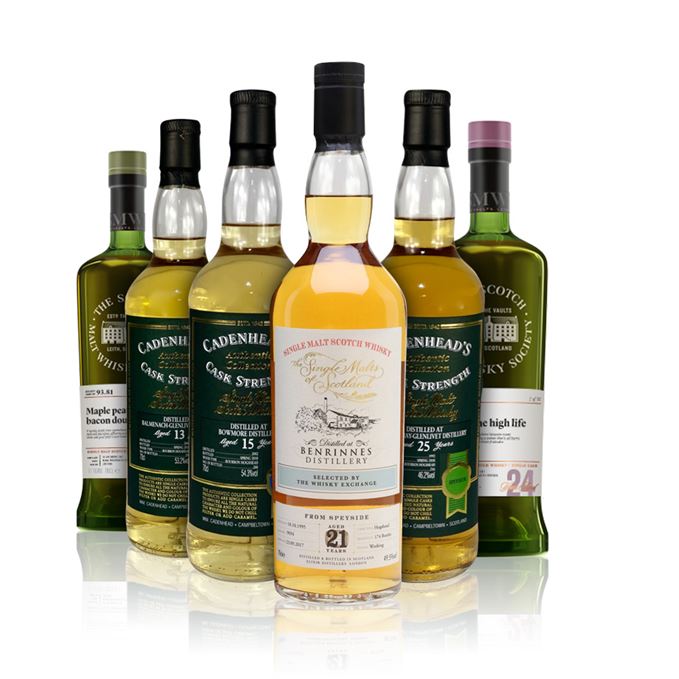 Broom kicks off with a rare and exotic beast: a Cadenhead bottling of Speysider Balmenach that, despite its ‘awkward adolescence’, showcases the distillery’s trademark balance of meaty aromas with soft fruitiness.

We stay with rich Speyside distillates as we move to Paskin’s first whisky of the week, a 21-year-old Benrinnes bottled for the Single Malts of Scotland range that brings out a fat, fruity side to the typically meaty Benrinnes character, and gains a very high score to boot.

Back to Broom for the last of the Bs, but this Cadenhead Bowmore is a bit of a disappointment, thanks to a raw, smoke-forward and somewhat aggressive character that makes it best-suited to rinsing your glass for a Smoky Martini.

The final Cadenhead of the week – a mature Glen Moray – fares much better with Broom, who praises its typically sweet approachability, but counsels against the addition of water.

Paskin closes things out with a couple of contrasting drams from the Scotch Malt Whisky Society’s March outturn: first, a youthful and vibrant Glen Scotia, full of peppery spice and smoke; then a delicate and fragrant Glenlossie that’s an absolute delight, transporting Paskin inside a magical sweet shop.