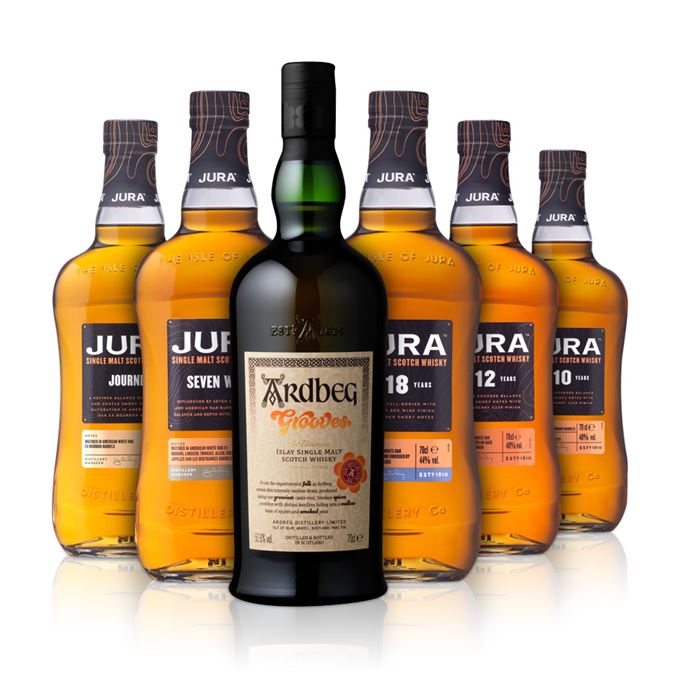 We don’t stray too far with this week’s batch of new whiskies, which are sourced from only two distilleries – and on neighbouring islands at that. Fans of Ardbeg and those interested in the overhaul of the Jura range are in for a treat.

We start on Islay, and the ‘sexy filthiness’ of Ardbeg Grooves, the Committee bottling of this year’s Ardbeg Day release that proved so popular last week that it crashed the single malt’s website. On tasting it, finds Dave Broom, it’s not hard to see why.

Then it’s all about Jura, and the five new whiskies that make up its range after the biggest overhaul of liquid and packaging in the distillery’s history. This is more than cosmetic, encompassing a new flavour direction for the Whyte and Mackay-owned single malt that is described as a mix of Highland and Island styles.

But is the whisky any good? Broadly, Broom’s verdict is a positive one, although he is more effusive about the age statement single malts than the two NAS whiskies. ‘Maybe all Jura needs is time to open and absorb,’ he writes. ‘After numerous false starts and confusing variations, it appears to have finally discovered itself.’

This week’s batch of new releases also comes with its own Spotify soundtrack, compiled by Broom, to provide a musical accompaniment to what’s in your glass. Simply click on the link under ‘Right Place, Right Time’ and you’ll find a track corresponding to each whisky.