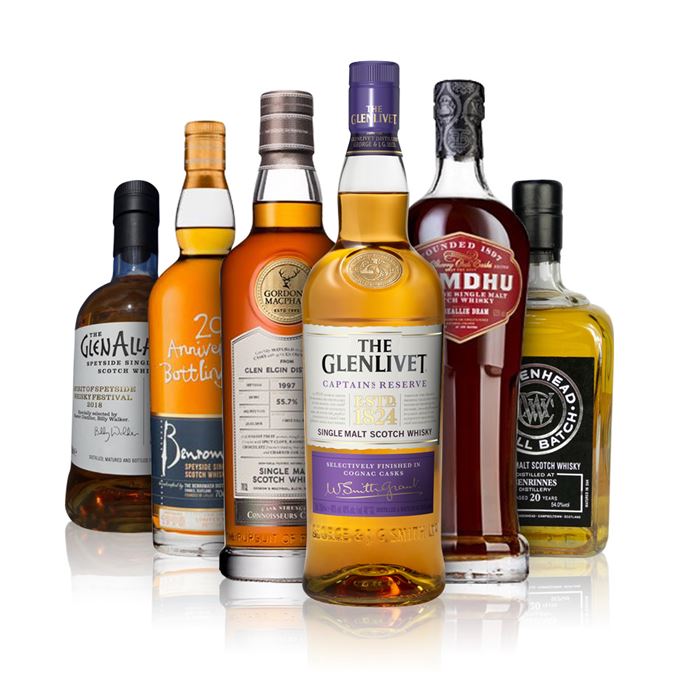 The Spirit of Speyside Whisky Festival may be over for another year, but that doesn’t stop Dave Broom and Becky Paskin from continuing the regional theme with this week’s batch of new whisky reviews.

It may be hard to pinpoint a unifying Speyside style with any precision, but there is a thread of richness and distillery personality running through most of these single malts. Not least with Broom’s opener, a characterful Benrinnes from independent bottler Cadenhead that combines power with a beguiling sweetness.

Richness also abounds with our second whisky, a celebratory Benromach bottled to mark the resurrected distillery’s 20th anniversary. This time there’s a bit more heat (56.2% abv) and smoke, but Broom nonetheless admires its integration and balance.

Times are changing at independent bottler (and owner of Benromach) Gordon & MacPhail, including a revamp of the company’s Connoisseur’s Choice range of small batch and single cask whiskies. A 1997 Glen Elgin gets things off to a stunning start, Broom discovers, with the distillery’s character ‘turned up to 11’ thanks to a first-fill Sherry cask.

Broom moves in a sweeter direction with his next whisky, a 12-year-old GlenAllachie bottled for Spirit of Speyside that offers a masterclass in the careful balancing of distillery style and cask type – providing a treat for fans of cinnamon toast.

Then it’s Paskin’s turn, and a taste of the new addition to The Glenlivet’s core range. The Cognac-finished Captain’s Reserve is a ‘fruitier, richer’ version of the distillery’s Founder’s Reserve and, while youthful, is easy-drinking enough.

Back to Broom for our final malt, and back to richness too with Tamdhu’s new Dalbeallie Dram, bottled at a potentially eye-watering 62.1% abv. It’s a monster, says Broom, but a friendly one – with the ferocious strength leavened by a sweet, spicy, resinous character.

For a Spotify soundtrack to accompany this week’s whiskies, click on the links under ‘Right Place, Right Time’.

Batch 146 04/05/2018 Four Islay whiskies, including Ardbeg and Bunnahabhain, plus Glenlivet and Aultmore from the SMWS.
View All
Scroll To Top